Celia Perrin Sidarous is a photographer and a collector; her studio is home to an ever-expanding library of beautiful and evocative objects and fragments: rocks, seashells, books, images (both taken and found), pieces of fabric, vessels, and ceramics, among many other seductive, fascinating, or ordinary things. These materials are brought together through an intuitive process; a new object or image is kept if it resonates or shares an affinity with other objects in the collection.

The process through which Perrin Sidarous composes her photographs is rooted in a deep and sustained interest in this collection. Within the space of the studio, which she describes as “a privileged space for the gaze,” elements from the collection are brought together, arranged and rearranged, photographed and re-photographed. She spends hours intensely considering these material configurations, often through her camera’s lens. This manner of patient and persistent looking is a process of communication; it is an effort to uncover and draw out affiliations between and among objects, to perceive the delicate, physical, poetic, and affective affinities around which these assemblages can coalesce.

The works presented in Interiors, Other Chambers beautifully echo and reflect the process of their making. The movement of these images from the studio into the gallery space introduces the same internal and affiliate logics that govern their composition into an immediate spatial experience. By carefully staging and positioning the photographs in juxtaposition to each other, and to other spatial and sculptural interventions, as well as by altering their scale and format, the installation itself becomes another form of a composed image. Borrowing from the language of the theatre, and in particular the concepts of scenography (creating visual and conceptual environments for the stage) and choreography (designing steps or sequences to move through space, time, and narrative), the gallery space is one of potential activity and performativity. Inside the galleries you are an actor, invited to converse in the spatial language of images.

Physically, the galleries present a quality of interiority; they are at once grand and intimate, vast and sheltering. The photographs themselves echo this sense, and feature elements of interiors, voids, vessels, veils, former dwellings, and other apparatuses of containment. There are also moments that push against this sense of restraint; the reflections, portals, sunbeams, ivy creeping over walls, and drips of blood orange juice that trail toward the edge of the frame and gesture to the physical space in which we stand.

Objects appear and re-appear in a repetition of figure and motif. Shot in natural light they evoke histories of the still life – the arrangement of commodities in space – but they transcend a simple interest in the formal languages of colour, form, texture, and shape. By removing these objects and fragments from their ordinary real-world contexts and placing them together within the photographic frame, these images communicate beyond simple representation. A fundamental shift occurs when objects are captured through a photographic lens; it is a disruption of reality and familiar perception, images are fixed by a particular scale, perspective, point of view, or relationships. As artist and writer Hito Steyerl notes, to engage with objects in a documentary form like photography is not about straight representation; rather, it is “about actualising whatever the things have to say in the present. And to do so is not a matter of realism, but rather of relationalism – it is a matter of presencing and thus transforming the social, historical and also material relations, which determine things.”[1]

So, how do we translate what Perrin Sidarous’ images have to say? The process through which this is achieved is not through anthropomorphizing these objects, nor is it meant to be interpreted through direct metaphor or as specific situations or events; rather, Perrin Sidarous describes these works as ciphers, which offer to us ideas, affect, tropes, archetypes, and unspecific histories. Her installation asks us: “How do you relate?” And the spark of connecting to the interior lives of these images is impossible to predict or force; it can only be observed through our careful and attentive looking. 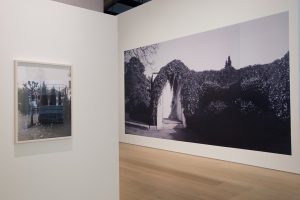 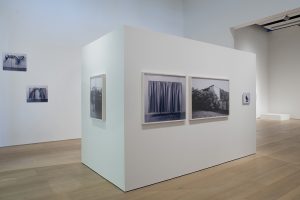 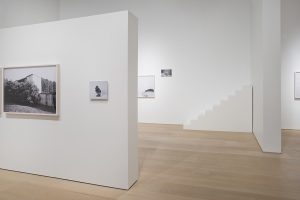 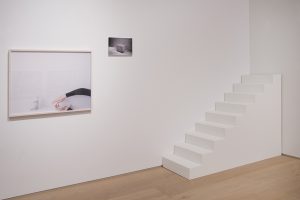 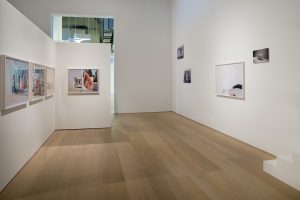 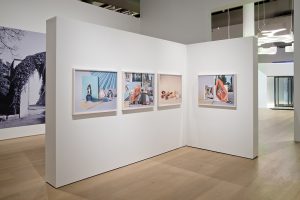 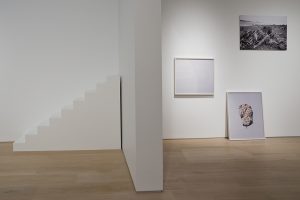 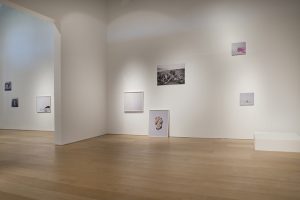 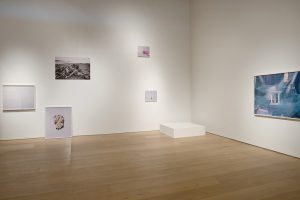 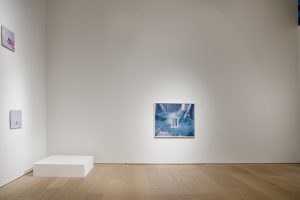 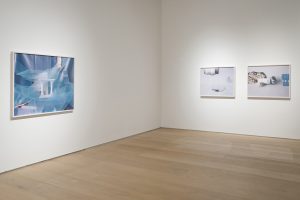 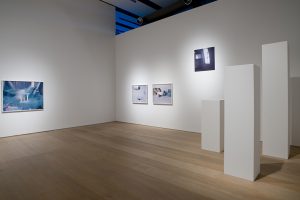 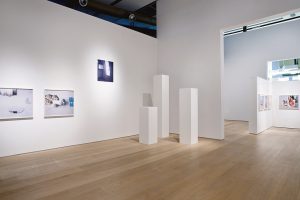