The work in Doubting Thomas is presented here in two parts. The first involves a constellation of recent paintings and sculptures that is a fragment of Stuart’s ongoing exploration of surfaces, materials, and histories that consider the possible relationships among objects, abstraction, and the human body. This collection of works is something of a prologue to the second part: a new large-scale installation composed of the following physical components: a large semi-circular stage, a glass-and-wood viewing apparatus, and three large paintings. This installation is part of Stuart’s current and continuing project that consists of various configurations of costumes, props, and scenic displays that are derived from a play-text of a fictional dialogue between three historical figures: Varvara Stepanova (1894-1958), a Constructivist artist and textile designer who is perhaps most well remembered for her complicated geometric patterning and clothing designs, particularly those for sports costumes; Ida Craddock (1857-1902), a mystic, freethinker, pioneering sex educator, and advocate for progressive reform of sexual relationships; and Florine Stettheimer (1871-1944), a poet, painter, sometime-scenographer, and bohemian flâneuse from a wealthy New York family.

The paintings and objects gathered here seem to impart a sense of individual personalities or subjectivities; they are materially sensual, tactile, and evocative of the body. Stuart’s works are indeed, often, replete with orifices, umbilici, limbs, or membranes. Arranged in the gallery space, they are frequently described as characters or, intimately paired with each other, cliques, in conversation. Many of her works involve techniques of rupturing, suturing, pulling apart, weaving together, braiding, threading through, or spranging (which is an ancient plaiting technique that involves the manipulation of the warp in the absence of the weft) – techniques that are evocative of bridgings or unions, and perhaps also of dialogue or exchange.

For Stuart, the process of making, “is in itself a constant negotiation and reconciliation between materials and methodologies, a process of knowing and understanding and coming-into-being that can only arrive through an unpredictable and physical making; a penetration of the wound.” The name of the exhibition is evoked in this: it is a reference to the Biblical story of Apostle Thomas, who refused to believe that Jesus had resurrected and appeared to the other apostles until he, himself, could see and feel the wounds Jesus had sustained on the cross. Thus, a doubting Thomas is someone who needs to have a direct personal experience with something; he or she needs to explore the edges and dimensions of the “wound” in whatever form it might take, whether it be physical, spiritual, intellectual, or emotional.

This is what the works here invite us to reflect on and take part in: they ask us to consider how they relate to each other, and how they relate to us, individually, through their mystical or spiritual manifestations, their material bodies, their conflicts and affinities, and the invisible lives and feminist histories that they invoke. The feeling they impart is not prescribed and their “meaning” is not fixed – there is not only one way of knowing them; rather, in their presence we are all called to be curious doubters encountering, probing, and conversing.

The ongoing screening of The Triadic Ballet (1970) concurrent to this exhibition is generously supported by the Goethe-Institut. 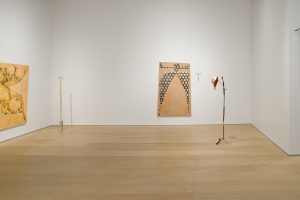 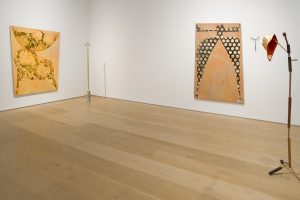 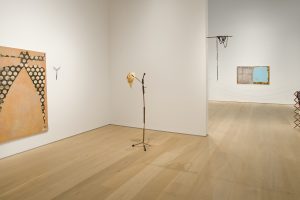 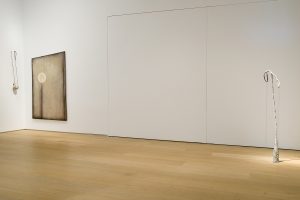 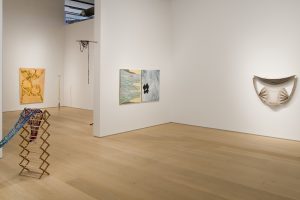 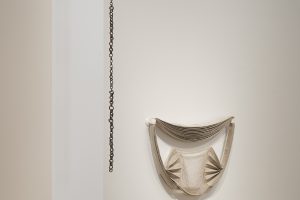 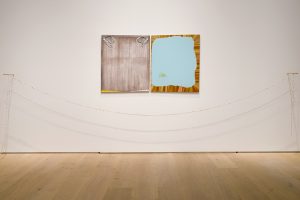 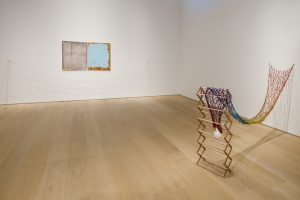 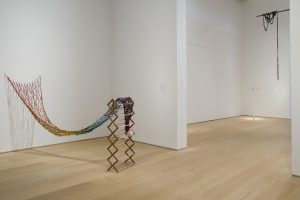 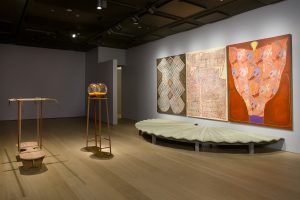 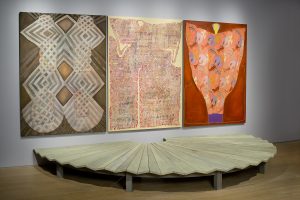 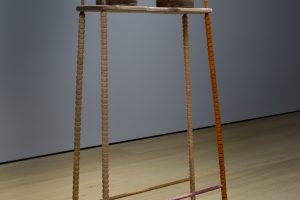 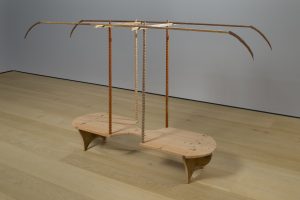 Born in Saskatoon, Beth Stuart is currently based in Toronto. She holds a BFA from Concordia University, Montreal, and an MFA from the University of Guelph. Her work has been exhibited in numerous exhibitions including The Painting Project (2013), Galerie de l’UQAM, Montreal; One, and Two, and More Than Two (2013), The Power Plant, Toronto; what bonds are these? (2012), La Centrale Galerie Powerhouse, Montreal, among others. In 2010, she was shortlisted for the RBC Canadian Painting Competition, and received an honourable mention in 2011. Stuart is currently represented by Erin Stump Projects, Toronto, and Battat Contemporary, Montreal.

Prior to joining Esker Foundation, Shauna Thompson was Curatorial Assistant at the Walter Phillips Gallery, The Banff Centre. She has also worked with the Justina M. Barnicke Gallery and YYZ Artists’ Outlet, both in Toronto, as well as the Art Gallery of Mississauga. In 2009, she was Press Assistant for the Canadian Pavilion at the 53rd Venice Biennale. Thompson holds a master’s degree in Curatorial Studies from the University of Toronto and a master’s degree in English from the University of Guelph.