Deceptively simple at first glance, Guido van der Werve’s films weave together meticulous visual composition, symphonic scores, and durational performance to create enigmatic and ambiguous narratives that evoke and critique notions of the sublime landscape. Marked by a meditative, dream-like quality and punctuated with surprising moments of deadpan humour, van der Werve’s work explores themes such as loss, solitude, belonging, and the self.

Esker Foundation presents three of van der Werve’s 35mm films: nummer vier, acht and veertien. Numbered sequentially as a nod to the organization of musical compositions – the artist is a classically trained musician and frequently scores his own work – van der Werve’s numbered films feature the artist as the protagonist in a series of vaguely episodic, loosely woven narratives that, similar to dreams, seamlessly fuse the quotidian and the surreal, casting both in the realm of the everyday.

Nummer vier, I don’t want to get involved in this. I don’t want to be part of this. Talk me out of it (2005), like many of van der Werve’s shorter films, reveals a prolonged, intense meditation on depressive themes that unexpectedly veers into moments of irony and absurd comedy. Centered around two iconic musical compositions – Chopin’s Nocturne No. 1 in B Flat Minor, played live by the artist; and Mozart’s Requiem in D Minor, performed live by Vocaal Ensemble Markant and Kamerorkest Musica Ducis brabantiae – nummer vier’s aural focus amplifies its emotional and visual impact.

Nummer acht, everything is going to be alright (2007) documents a performance in which van der Werve strolled calmly ahead of a 3,500 tonne icebreaker as it carved through the ice of the Gulf of Bothnia, off the west coast of Finland. The simplicity of the performative gesture is set into stark relief by the sheer size of the icebreaker and the monumental scope of the surrounding landscape. Distinct from many of van der Werve’s other films in its unyielding focus on a single take, nummer acht, in as few words as possible, speaks volumes to notions of transience, transcendence, and futility.

The longest and most elaborate of the three films, nummer veertien, home (2012), weaves three distinct yet interrelated narratives and a three-movement, twelve-act score composed by the artist and performed live by Orchestre Colonne and the Jeune Chœur d’Île-de-France into a broader exploration of place, identity, belonging, and loss. Amid the biography of Alexander the Great and details from the artist’s personal trajectory, home documents van der Werve’s gruelling 1,700km triathlon from the crypt housing Chopin’s heart in Warsaw, to his body’s resting place in Paris. Through such acts of physical endurance, van der Werve uses his body and his own mortality as a narrative device and as a means of underscoring his work’s melancholic themes and surreal atmosphere. 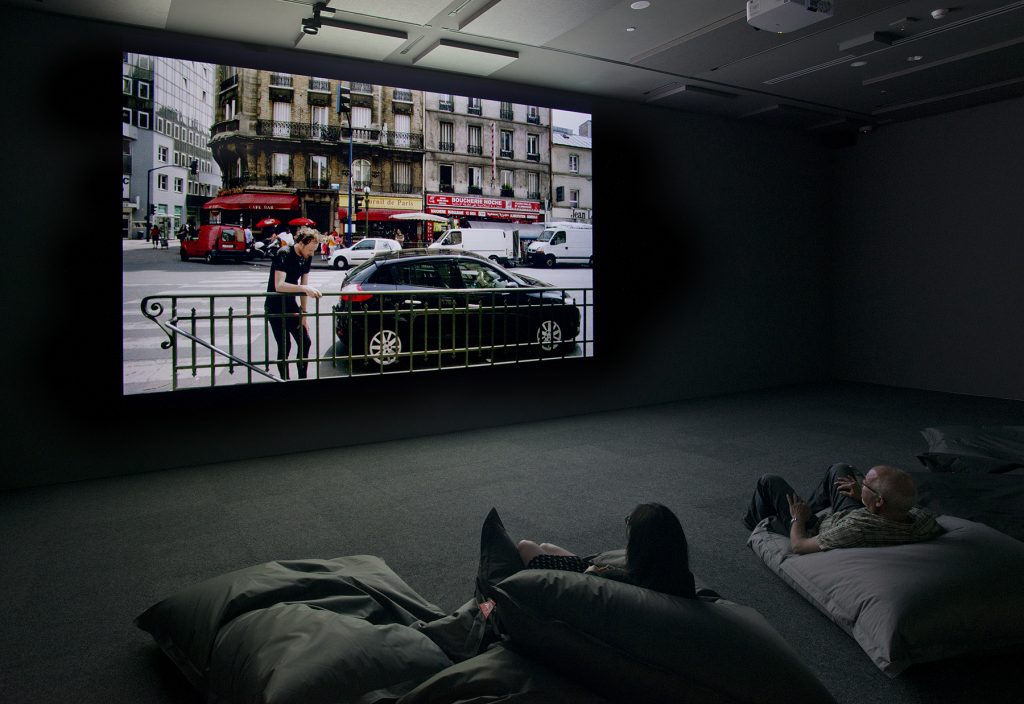 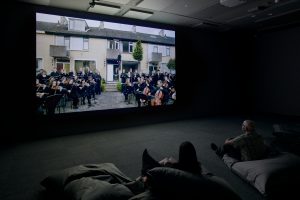 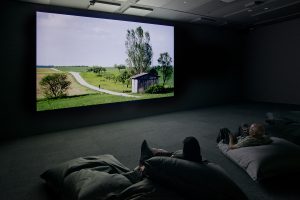 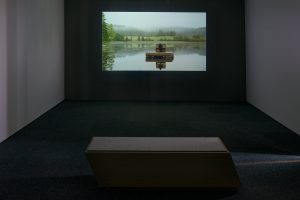 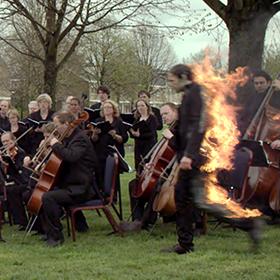 Guido van der Werve was born in Papendrecht, the Netherlands in 1977 and currently lives and works in Finland, Amsterdam, and Berlin. Van der Werve pursued studies in industrial design, archaeology, music composition, and Russian language and literature at several universities in the Netherlands before beginning to create his first video-documented performances around 2000. Since that time he has created a variety of works, including films, videos, and artist’s books in chronological order from two to fifteen.

Recent showings of his work include solo exhibitions at the Museum of Modern Art, New York; the High Line, New York; the Giuliani Foundation, Rome; and de Hallen Haarlem in the Netherlands. Van der Werve’s most recent film, nummer veertien, home, won the 2013 Golden Calf award in Amsterdam for Best Short Film. The performance of his Requiem, home, written for this film, has been performed internationally several times, including in such cities as New York, Moscow, and Rome. Each year van der Werve participates in the Performa festival with his Annual Running to Rachmaninoff Run performance; 2014 will be the fifth time this event takes place.