Michelangelo Antonioni concludes his sketch for a film Just for Staying Together with a question: “I’ve always wondered whether it’s always right to provide an ending for stories, whether literary, theatrical, or cinematic. Once it’s been firmly channelized a story’s in danger of dying inwardly unless you give it another dimension, unless you let its tempo prolong itself in that external world where we, the protagonists of all stories, live. Where nothing’s conclusive.” Rebecca Loewen has constructed Just for Staying Together as a three-dimensional tableau that gives the story the dimension of space outside of time so that its tempo may prolong itself. 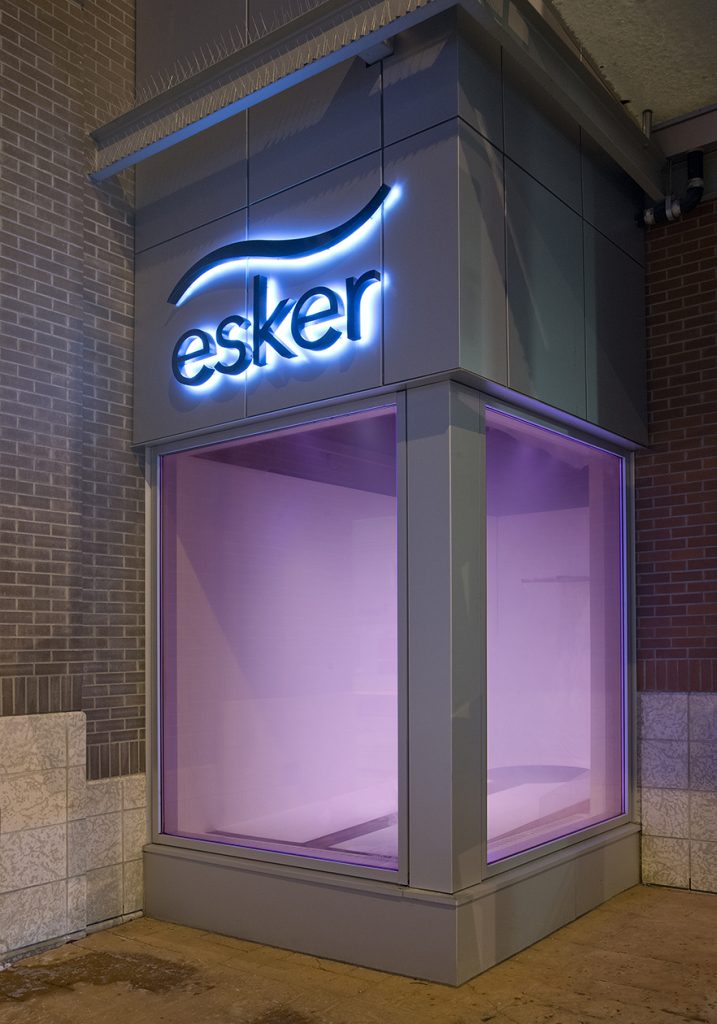 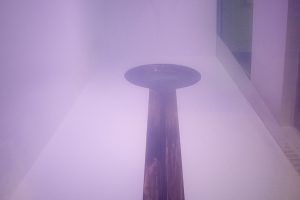 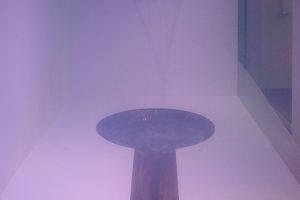 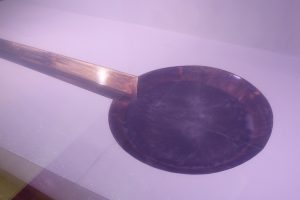 Just for staying together

A man and a woman in a seaside restaurant. Sparkling red wine, homemade bread and salami. The salami’s the color of the wine, that’s why, the only reason why, they’re drinking it.

A dog comes up and approaches the table where the man and woman are sitting. He looks around, sees the proprietress, knows she doesn’t like to see him nosing around among the customers, and turns back toward the door. Here he stops. The proprietress goes to the kitchen and the dog returns. He knows all he has to do is pretend he’s obedient.

Gradually the two get drunk. They’ve decided to get drunk. The half-empty room, the proprietress, the dog, even the sea disappear. The world’s a tablecloth, three feet by three feet. The world’s white. They don’t even need to say certain things. They talk about steaks, tagliatelle, about everthing they haven’t eaten, and about three men who’ve just come in, two fat men and one skinny one. They talk about their hands, about the position of their hands on the tablecloth, that is, on the world.

But now they’ve got to get moving, resume their journey.

On the point of going out, they hesitate. They have the feeling they’ll never manage to get through the door. In fact the woman totters, laughs, and collapses onto a chair. The dog watches her. You can’t make a fool of yourself in front of the dog, says the man.

Outside now it’s raining. A gentle drizzle which a breeze scatters here and there. The woman leans her head on the wet roof of the car. She remains like that for several minutes. A heavy grayness in the form of a cloud seems to be stuck to her back. When she looks up, the man notices that she’s crying. Or laughing. Or crying and laughing at the same time. Their stories come out without even speaking. The man also begins laughing, but his eyes are moist. These damnable identities of their characters, two incompatible identities that make their relationship impossible. They’re a man and a woman pointlessly made for each other.

A voice cries out:

“Vera!” – and the name is followed by a curse. The man and the woman look at each other. The woman stops crying or laughing and with a very feminine movement gets into the car. The man watches her and then gets in himself. He feels virile and clear-headed. He starts the car and steps on the gas. The car drives off with a roar, leaving wheel tracks on the wet paving.