A flicker of movement behind the eyes.

Qiniqtuaq (searching/looking) summons viewers to peer through a wall of white curtain that has been punctured by dozens of ghostly eye holes. Inside, one catches fragments of a liminal, dream-like space and a mise-en-scène that evokes an uneasy sense of nostalgia and displacement.

Faded and difficult to discern during daylight hours, once night falls, colours saturate and the bluish flashes of a television screen beckon more insistently to passersby. As we press our faces against the glass, we witness pieces of a looping video collage of 90s-era television programs: The Simpsons, Emeril Live, Seinfeld, community shows from Inuit Takunagaksalirijiit Kanatami (Inuit Broadcasting Corporation), American Gladiators—shows watched and enjoyed in childhood. On the floor in front of the screen (perhaps even too close to the screen) sits a piece of oil-stained cardboard and a simple salt shaker, suggesting an interruption has occurred.

The trope of the bedsheet ghost makes frequent appearances in Kablusiak’s work; deployed as a device by which they wryly articulate a sense of their diasporic identity as an urban Inuk. Here, the ghost-sheet is reconfigured; unworn and flattened as a curtain, its role is ambiguous. It controls access to what is behind it—a potentially protective barrier, or perhaps a supernatural threshold—but it also asks us to physically engage with it. By peering through the eyeholes—some of which are cut high, too high for human eyes—we are implicated, and forced to acknowledge an Inuit presence behind the curtain. As we observe the scene before us, are we invited in, or kept on the periphery? Who now is doing the haunting? 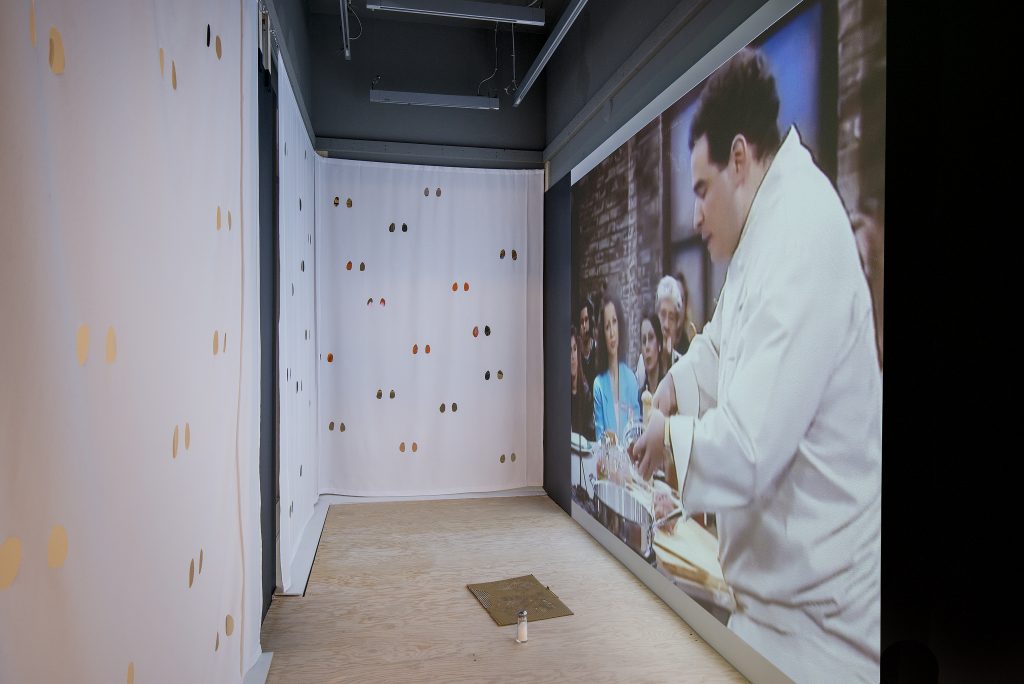 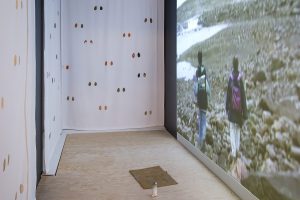 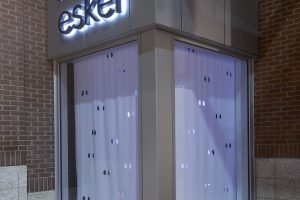 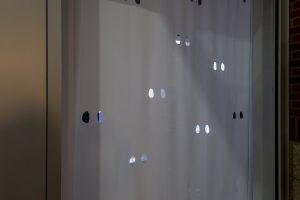 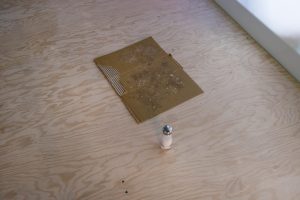 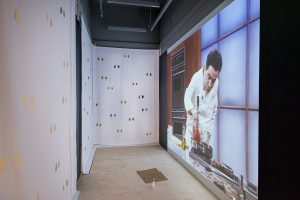 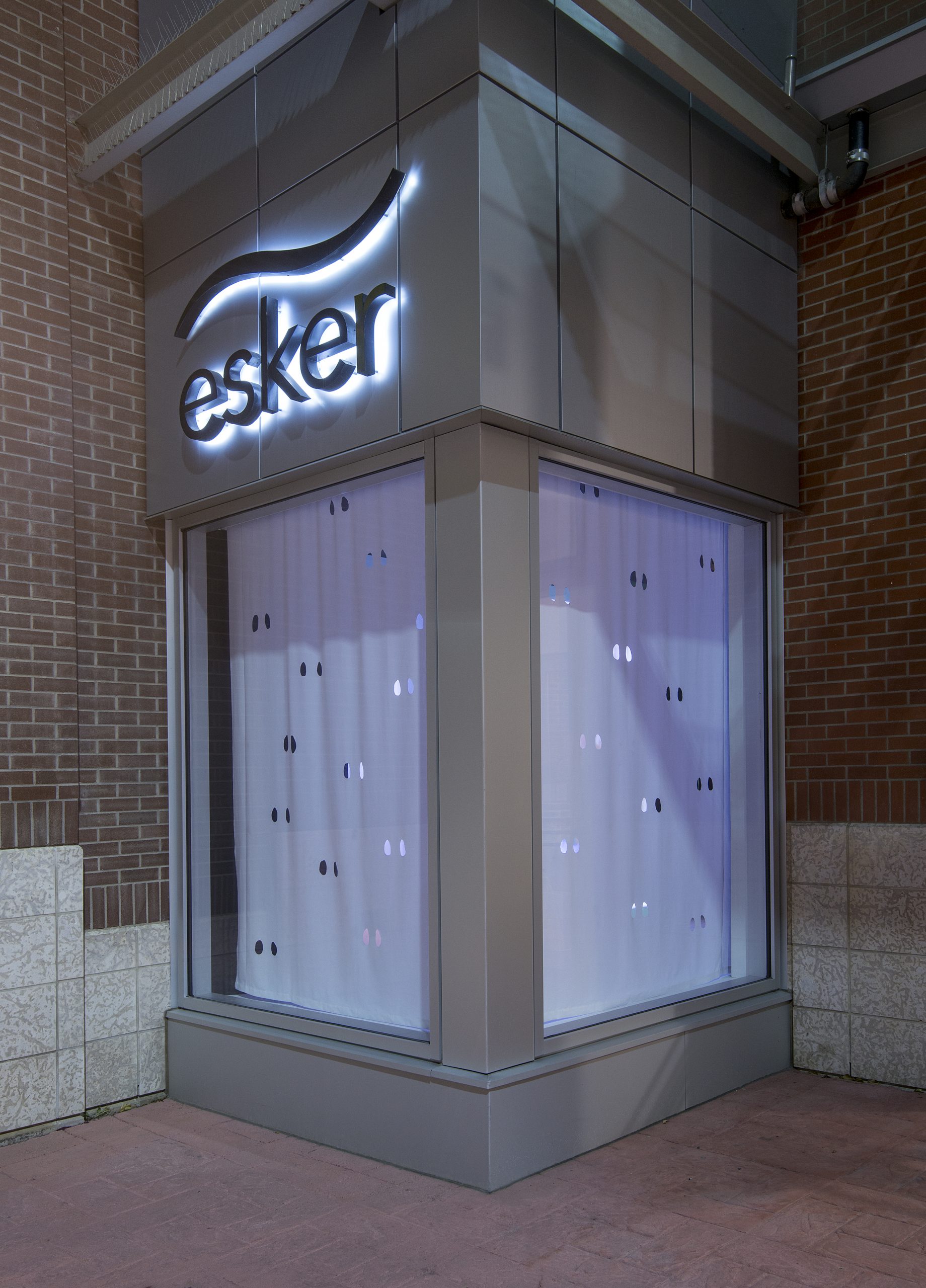 Kablusiak is an Inuvialuk artist and curator based in Mohkinstsis and holds a BFA in Drawing from the Alberta University of the Arts, Calgary. They use art and humour as a coping mechanism to address cultural displacement. The lighthearted nature of their practice extends gestures of empathy and solidarity; these interests invite a reconsideration of the perceptions of contemporary Indigeneity.

Kablusiak has recently shown work at Art Mûr as part of the Biennale d’art contemporain autochtone (2018) and at the Athens School of Fine Arts as part of the Platforms Project (2018). They completed the Indigenous Curatorial Research Practicum at Banff Centre for Arts and Creativity in the summer of 2018. Kablusiak is currently TRUCK Contemporary Art in Calgary’s interim Programming Coordinator and is a board member of Stride Gallery (2016-present) and the Aboriginal Curatorial Collective (Fall 2018-present). Awards include the Alberta Foundation for the Arts Young Artist Prize (2017) and the Primary Colours Emerging Artist Award (2018), the TD Meloche Monnex Alumni Career Award (2018), and short-listed for the Sobey Art Award (2019). They are represented by Jarvis Hall Gallery, Calgary, and public and private collections across so-called Canada have acquired their work. Kablusiak, along with three other Inuit curators, created the inaugural exhibition of the new Inuit Art Centre, Winnipeg in 2020.