As we go about our daily lives, we enter into and are confronted by spaces designed to shape and regulate our behaviour. In A wall is just a wall (and nothing more at all), Kapwani Kiwanga explores disciplinary architecture by isolating structural traits and intended psychological effects of different built environments, such as prisons, hospitals, and mental health facilities. The exhibition title is drawn from the poem “Affirmation” by Assata Shakur, a civil rights revolutionary and former member of the Black Liberation Army, which calls for resistance against structures of inequity and the modes of segregation that exist all around us. The works in this exhibition highlight the potential for built environments to predict and affect human behaviour in the subtlest and most forceful of ways.

Two-toned paintings on panels of drywall reproduce institutional wall treatments which were based on the research of German architects Heino Schmieden and Julius Boethke, who, at the 5th International Congress on Tuberculosis (1905), proposed that oil-based paint should be applied to hospital walls at a height of 1.60m from the ground, in order to facilitate their cleansing and to improve hygiene conditions. Kiwanga’s dichromatic choice of colour here, and throughout the exhibition, reflects her ongoing research on this and similar 19th and 20th century social hygiene movements and hospital reforms, as well as the work of highly influential colour theorist Faber Birren, whose research on the behavioural effects of colour was applied broadly across commercial and institutional environments.

In 1978, Dr. Alexander Schauss discovered that exposure to the colour Baker-Miller Pink had the purported effect of reducing aggressive behavior in test subjects by lowering their heart rate, pulse, and respiration. The colour was first used for wall paint in some prison cells at the Naval Correctional Center in Seattle with the intention of calming violent inmates. In 1979, the study was replicated at the Santa Clara County Jail in San Jose; however, after inmates were placed in the painted holding cell for several hours, they had begun to scratch the paint off their walls with their fingernails. Baker-Miller Pink soon appeared in a variety of other contexts, including in locker rooms designated for visiting teams, psychiatric facilities, and public housing wards.

Recently, fluorescent blue lights have been installed in public spaces with the goal of reducing the visibility of veins, thereby discouraging intravenous drug use. Though the intention of such design decisions may be to reform or to protect, the actual outcomes can be ambiguous or even harmful. Kiwanga exposes this ambiguity by foregrounding the formal building blocks of these mechanisms, and in so doing subjects them to our scrutiny. The immersive installation pink-blue features a space split between Baker-Miller Pink paint and blue fluorescent lighting. Through confrontation with the raw materials of these disciplinary strategies, Kiwanga invites us to think about their social implications: do blue-lit bathrooms actually prevent drug use, or do these spaces simply discourage safe injection practices? And so, the question remains: do architectural attempts to control bodies and their behaviour work to counter the problems they aim to prevent, or do they merely force their relocation?

Used for discrete observation in interrogation rooms, and also found in office buildings to protect workers from the gaze of street-level passersby, one-way mirrors facilitate shifting modes of control based on one’s positionality. The window-based unidirectional gaze also appears in the architectural feature of the jalousie, a window treatment comprised of angled slats. Both of these technologies allow one to see out while remaining unseen, reflecting the dynamics of control and surveillance of disciplinary architecture.

A series of abstract prints on fabric are draped over rebar grids, another commonly used construction material. These images are based on desire paths – informal or spontaneous pathways shaped by individuals through the landscape (usually the shortest route from one point to another) – found in aerial images of historically significant sites across Calgary. These unsanctioned routes evoke the ways in which people bypass existing structures, carving out alternative routes within circumscribed spaces. Such small gestures of resistance remind us, as does the next line in Assata Shakur’s poem, that a wall “can be broken down.”

The exhibition Kapwani Kiwanga, A wall is just a wall (and nothing more at all) is organized and circulated by The Power Plant Contemporary Art Gallery, Toronto. The exhibition is curated by Nabila Abdel Nabi, Assistant Curator, The Power Plant. It was sponsored by TD Bank Group.

Support for the development and production of new works for the exhibition provided by Esker Foundation.

Building on concepts explored in A wall is just a wall (and nothing more at all), Kapwani Kiwanga curated a program of three films to accompany the exhibition: Anri Sala’s Dammi i Colori, Gordon Matta-Clark’s City Slivers, and John Smith’s Hackney Marshes – November 4, 1977. Each film was featured in our mezzanine gallery for the duration of a month. 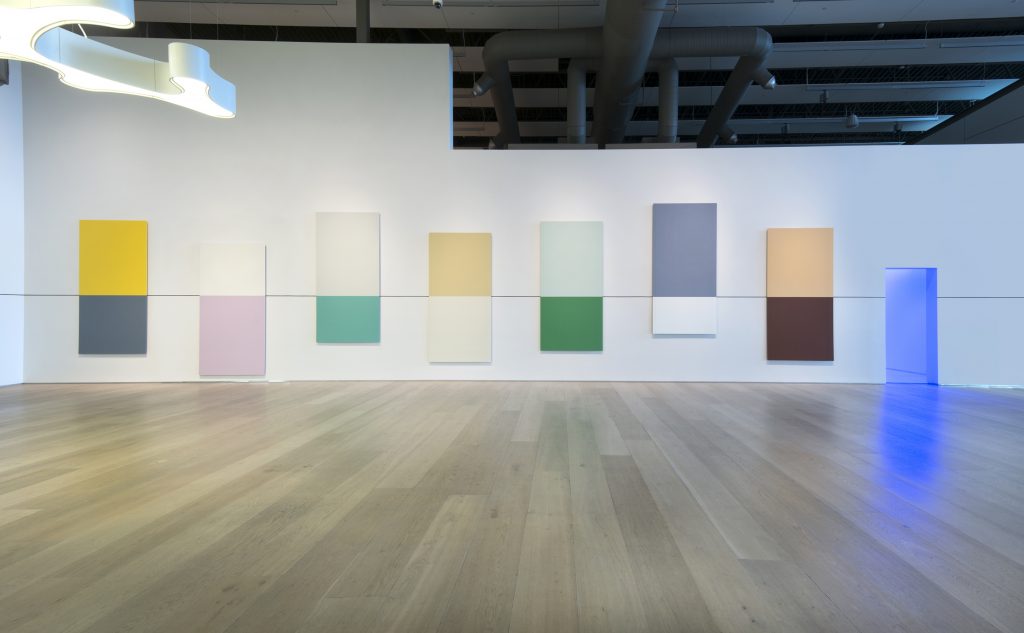 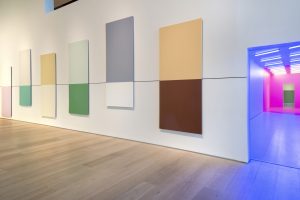 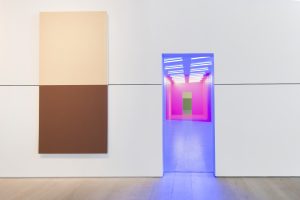 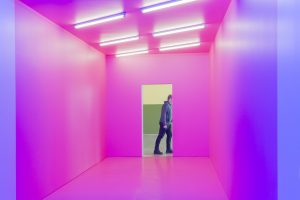 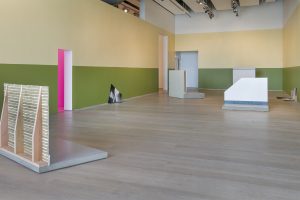 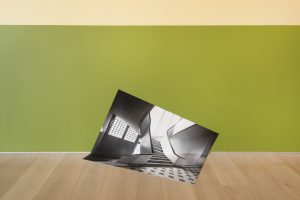 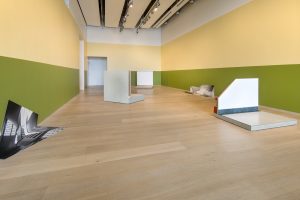 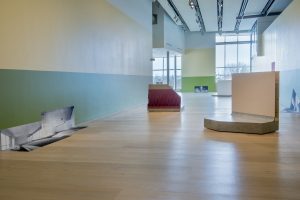 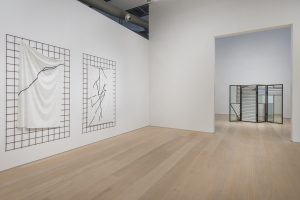 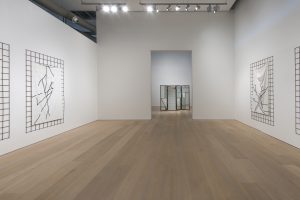 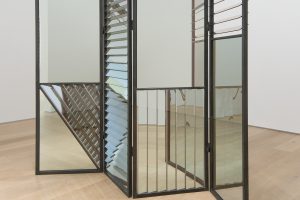 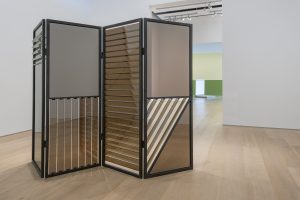 Kapwani Kiwanga (born 1978 in Hamilton, Ontario) lives and works in Paris. She studied Anthropology and Comparative Religion at McGill University in Montréal before entering the École nationale supérieure des Beaux-Arts de Paris, taking part in the program La Seine. Kiwanga continued her studies at Le Fresnoy – Studio national des arts contemporains between 2007 and 2009. She has won several prizes in international festivals for her films and video projects, and was nominated twice for a BAFTA, an award given by the British Academy of Film and Television Arts. Kiwanga’s solo exhibitions include Reva and David Logan Center for the Arts, University of Chicago (2017); South London Gallery (2015); Viafarini, Milan (2015); FIAC, Paris (2015); and Galeries nationales du Jeu de Paume, Paris (2014). Her work has been part of group exhibitions at Portikus, Frankfurt (2017); Tate, Liverpool (2017); Mac Val, Vitry-sur-Seine, France (2017); Villa Arson, Nice (2017); Museum of Modern Art, Dublin (2015); Salt Beyoglu, Istanbul (2015); Glasgow Center of Contemporary Art (2008); Centre Georges Pompidou, Paris (2006); and Bienal Internacional de Arte Contemporáneo de Almeria (2006). In early 2018, she will also be part of the group exhibition, Stories of Almost Everyone, at the Hammer Museum, Los Angeles.