Although best known for her profound sculptures of monumental spiders, evocative human figures, and fleshly anthropomorphic forms, Louise Bourgeois maintained a prolific drawing and writing practice and an ongoing interest in illustrated books and printmaking throughout the course of her long career.

Louise Bourgeois: What is the Shape of This Problem presents 119 works with a focus on prints, textiles, and a series of eight holograms, ranging in date from the 1940s to the early 2000s. These works build on the raw emotional terrain of Bourgeois’ practice, and explore feelings of isolation, anger, and fear through the recurring depiction of the body, childhood, family, architecture, and the passage of time.

Included in the exhibition are several well-known series of print and textile works including: Ode à Ma Mère (1995), a wonderful exploration of the artist’s most recognized and iconic motif – the spider; Ode à l’Oubli (2004) her first fabric book created from her own garments, and He Disappeared into Complete Silence (1947/2005), an early illustrated book of nine engravings that depict Bourgeois’ intense reaction to New York’s architecture upon her arrival to the city in 1938, and serve as a precursor to her later monumental sculptural work.

Bourgeois described her relationship to making art as one of survival and dependence; she experienced a lifelong struggle with trauma and anxiety which was appeased only by the outward expression of her own artistic and written production. She openly acknowledged her vulnerability because it gave her purpose, and the work born from that purpose gave form to her particular kind of suffering. In relation to this condition of living and working Bourgeois aptly coined the now famous phrase: “Art is a guarantee of sanity.”

Bourgeois was keenly sensitive to the power of language when combined with image. She had a prolific writing practice her entire life, with her most active periods occurring in the 1950s and 1960s while she underwent psychoanalysis. Her writing is honest, poetic, and often autobiographical. Read alongside the entirety of her work, these words depict an individual in crisis, a running narrative of a woman struggling with the pressures and expectations of being a daughter, a wife, a mother, and an artist. “What is the shape of this problem?” is a question presented on the opening page of a series of nine letterpress diptychs of image and text produced by Bourgeois in 1999 and in many ways it is a poignant frame for this exhibition.

This question, like much of the text used in her prints, positions these works within Bourgeois’ multi-layered practice of identifying and bravely exploring her personal history, her creative process, and her mental health. These words boldly place suffering and making parallel to each other, suggesting that abstract emotions can, and should, be given form. It is this acknowledgment that provides the balance of her creative practice and life, an entwined dependence that makes the work of Louise Bourgeois artistically and emotionally intelligent.

This exhibition expands upon Louise Bourgeois: Ode to Forgetting, From the Collections of Jordan D. Schnitzer and his Family Foundation (2018), curated by Ryan Hardesty, Jordan Schnitzer Museum of Art, WSU, USA.

Image: Louise Bourgeois at the printing press in the lower level of her home/studio on 20th Street, New York, 1995. © Mathias Johansson. 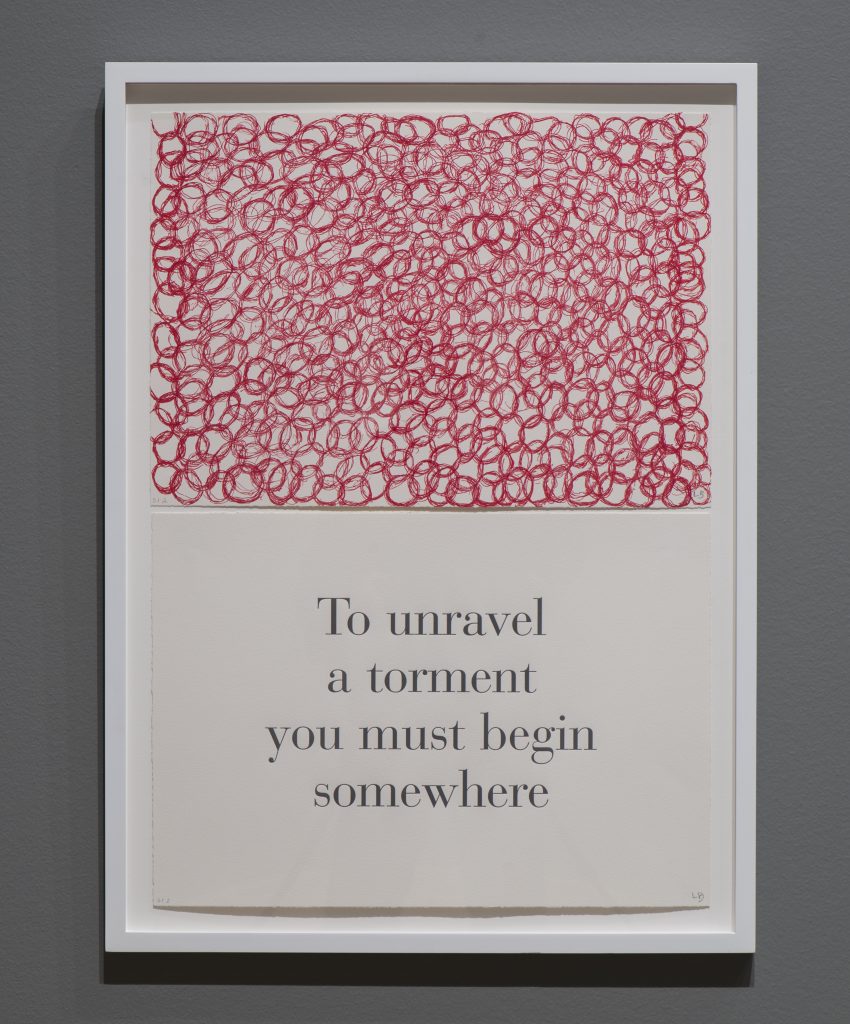 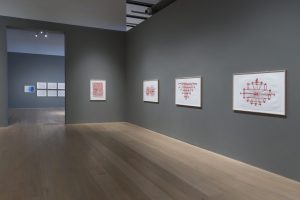 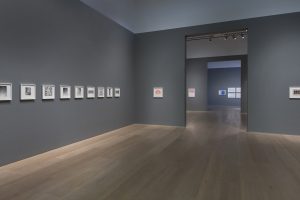 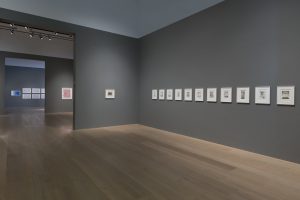 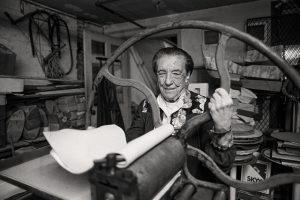 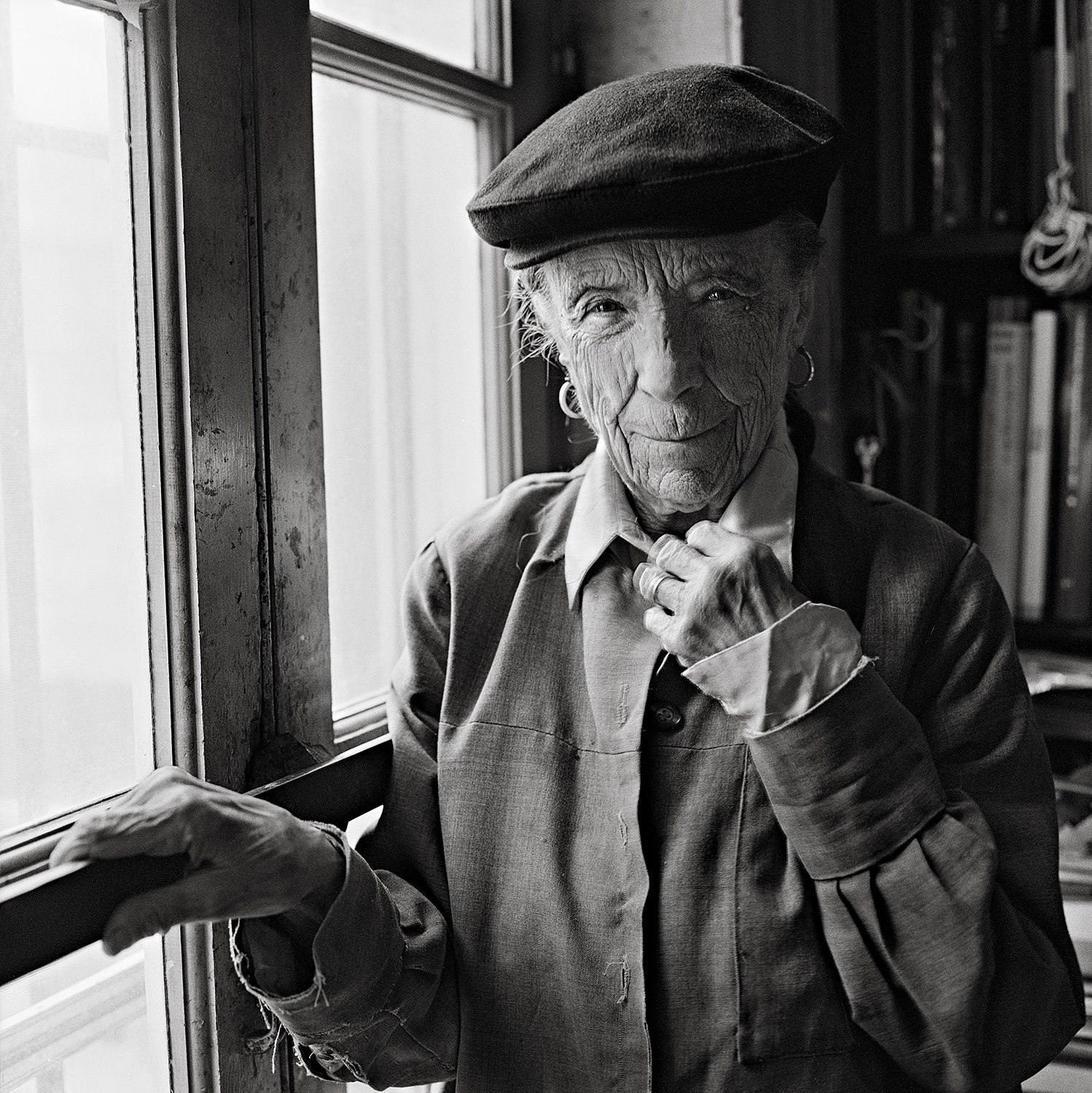 Louise Bourgeois (b. 1911, Paris; d. 2010, New York) is among the most influential artists of the late 20th century. Bourgeois initially studied mathematics at the Sorbonne, before studying art at institutions including the École des Beaux-Arts, and the École du Louvre. In 1938, she moved to New York where she would live and work until her death.

Bourgeois was named Officer of the Order of Arts and Letters by the French minister of culture in 1983. In 1991, she received the French Grand Prix National de Sculpture, as well as the inaugural Lifetime Achievement Award from the International Sculpture Center in Washington D.C. Other accolades include the U.S. National Medal of the Arts (1997), and the French Legion of Honor Medal (2008).