In the Project Space

Molly JF Caldwell’s new site-specific installation, With One Hand Tied Behind My Back, is a love letter to Penelope, a mythical figure from Homer’s Odyssey. Piously waiting for her husband, presumed dead, to return following the Trojan War, Penelope repeatedly wove, unraveled, and rewove a tapestry — ostensibly a funereal shroud for her father-in-law — to avoid her scores of suitors. Through her own textile-based practice, Caldwell considers multiple readings of Penelope’s labour. Can Penelope’s weaving be imagined as an utterance of autonomy and power, removed from the bounds of patriarchal systems and networks? Or is it a visual manifestation of her subservience? Caldwell offers no easy answers, revelling instead in ambiguity and openness.

The practice of weaving contains multitudes. It is a highly labour-intensive practice that has traditionally carried associations of femininity and domesticity. It mirrors a visual language of submission; the body bends over the loom, eyes cast downwards. It is also a profoundly generative, almost alchemical act; the process of creating something out of nothing. Caldwell harnesses the physical act of weaving and its various associations to point to the perversities of our collective relationship to work.

In this sense, With One Hand Tied Behind My Back can be read as the visual articulation of Caldwell’s ongoing research on the complexities and contradictions of labour, care, gender, and sexuality.  Laced with signifiers of femininity and feminine sexuality, the installation directly confronts our latent biases against both. In turn, Caldwell’s unapologetic celebration of Penelope’s weaving within an unabashedly domestic space points to the systemic devaluing of feminized labour. 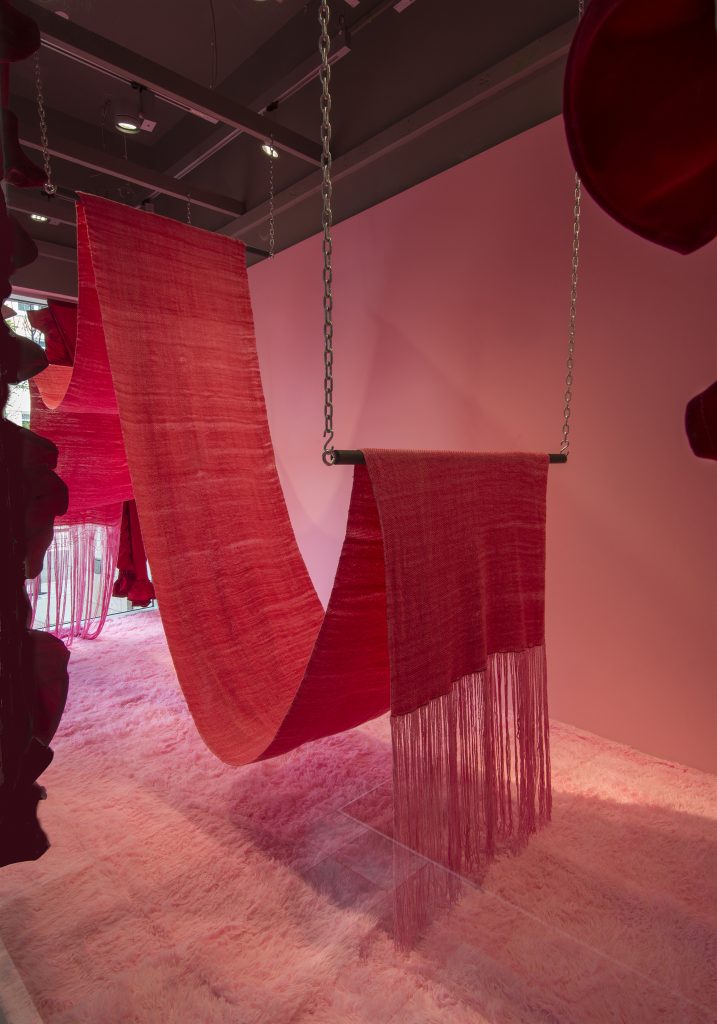 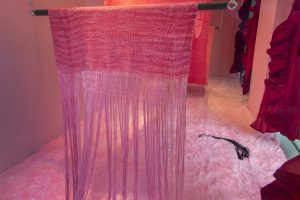 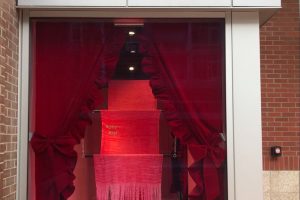 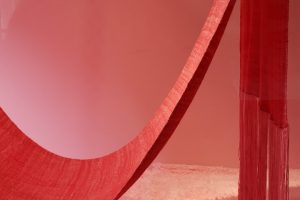 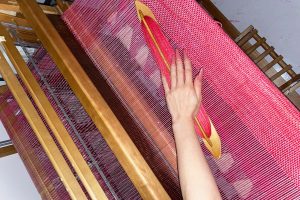 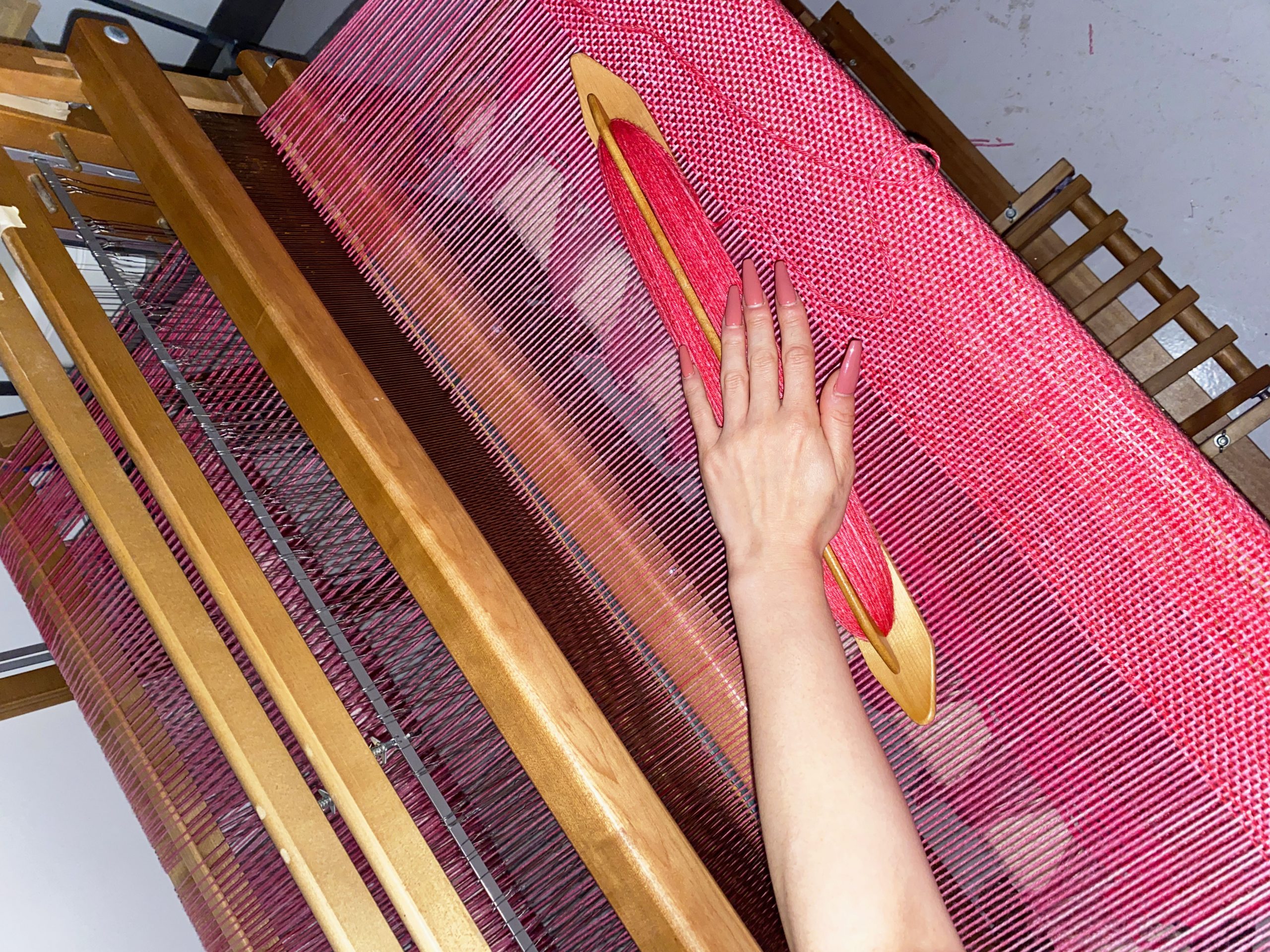 Molly JF Caldwell (1992) is a yonsei artist living and working in Mohkinstsis (Calgary). Since graduating from the Alberta University of the Arts in 2017, she has since been exhibiting and participating in residencies nationally and internationally.  Molly focuses on textile processes, specifically weaving and sewing, to navigate themes around emotions, generational trauma, and healing. She is inspired by Marxist feminism, equity work, and Mariah Carey.