Night Comes On is a video installation comprised of sixty 8” LED screens housed in and among ninety-nine black wooden boxes. Each screen contains a looping video depicting human activity within a domestic window frame, as seen from the exterior of a building. The source footage used for this work came from wide shots of glassy apartment buildings in downtown Vancouver, shot at night during a firework festival, which prompted many residents to peer out of their windows. Arranged in the exhibition space, the stacks of screens and boxes reference an active urbanscape environment – a city in motion. The installation encourages the viewer to become a voyeur, peering into private spaces while navigating in front of imposing structures of flickering, hypnotic light. Night comes on as we move around this city of windows. 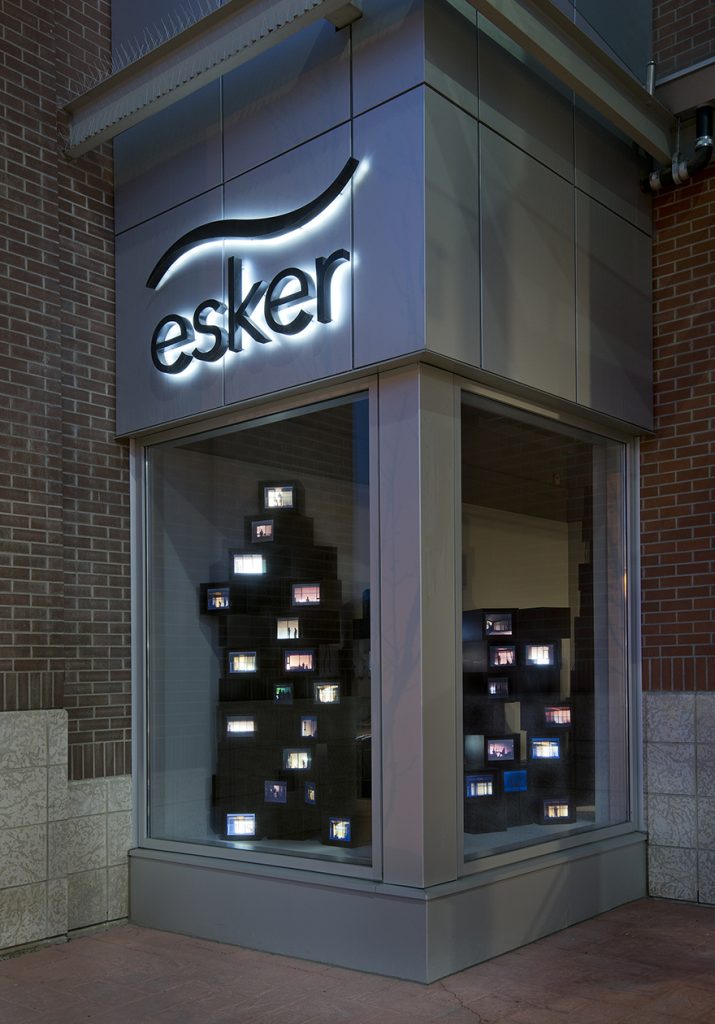 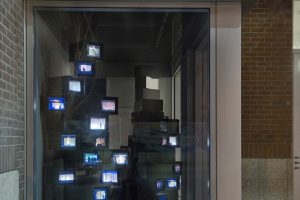 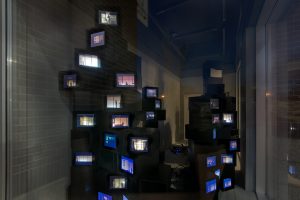 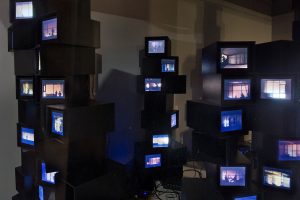 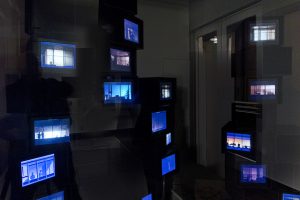 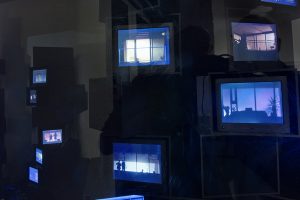