A Very Long Line is a four-channel video installation that employs the image and idea of the fence demarcating the U.S.-Mexico border between Douglas, Arizona and Agua Prieta, Sonora. Camera pans of the Sonoran Desert shot through the border fence blur past viewers on all sides, at varying speeds, amid a jarring, dissonant soundtrack composed by the artists. The effect is dizzying – even nauseating – and evokes the violent consequences of border policing, the frothing xenophobia contained in nationalist rhetoric, and the sustained occupation and militarization of Indigenous territories.

Comprised of Raven Chacon, Cristóbal Martínez, and Kade L. Twist, arts collective Postcommodity creates work that subverts mainstream social, economic, and political ideologies through an Indigenous lens. While the U.S.-Mexico border has become a political lightning rod in recent months, the issues that Postcommodity gesture towards form part of a much longer discussion. A Very Long Line is one part of a broader, transdisciplinary conversation conducted by Postcommodity on the complexity of the exchanges, dialogues, and conflicts that occur between, across, and beside the U.S.-Mexico border and the Indigenous communities that have resided in the area before and after the border’s establishment.

Though spare in its visual vocabulary, A Very Long Line signals the complex and charged nature of border-related discourses. The articulation of borders was a significant component of the colonization of North America and to the imposition of a Western conception of space, or what Linda Tuhiwai Smith calls the “spatial vocabulary of colonialism.”[1] Despite hypotheses of the looming irrelevance of the nation-state, borders remain sites for the creation and reinforcement of nationalist ideologies, for the mediation of the transnational flow of capital and commodities, and for the policing of bodies.

Portions of the Southwestern landscape, both rural and urban, are readily visible through the fence, prompting concerns about the border’s impact not only on people, but also on the surrounding ecosystems. While the apparent permeability of the fence may allow for the passage of wildlife, many accounts exist of portions of the border fence hindering or ensnaring animals – concerns that have been heightened by the looming threat of a more robust border wall.

More suggestive than it is descriptive, A Very Long Line evokes not only the U.S.-Mexico border, but also the broader nexus of borders and boundaries that structure our lives, both real and imagined, seen and unseen, the existence of which, as Ayesha Hameed writes, “points to the ways in which spaces and the apparatuses of the state operate differently depending on who you are.”[2] Indeed, while the U.S.-Mexico border and the surrounding regions and communities possess a very specific history, A Very Long Line’s disorienting, abstracted nature allows its indictment of nationalism and globalism to resonate with our own region’s history of these issues. Canada is no stranger to anti-immigration sentiment, colonial violence, or systemic racism, despite smiling political platitudes to the contrary. A Very Long Line implicates us as spectators in this political theatre, and compels us to reposition ourselves in relation to these arbitrary lines and boundaries. 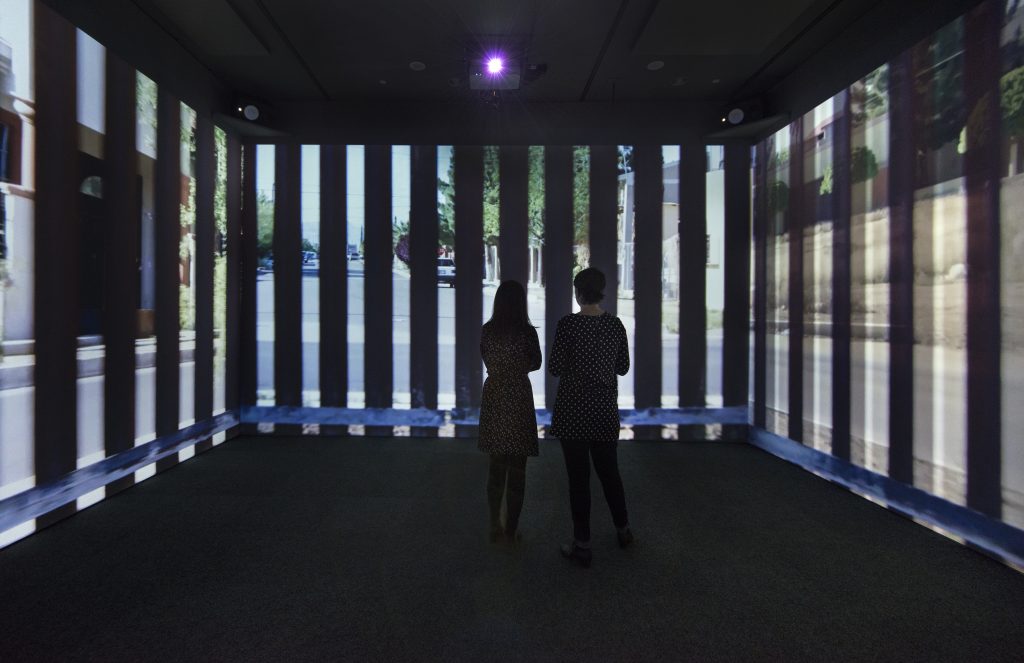 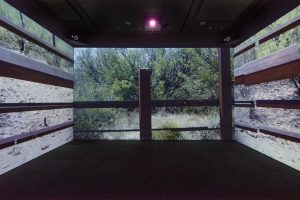 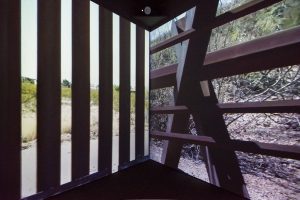 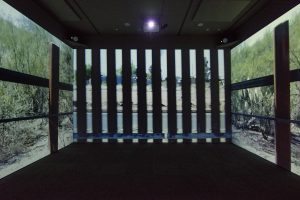 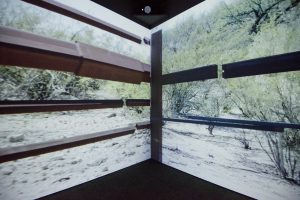 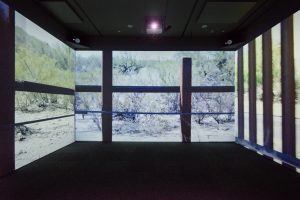 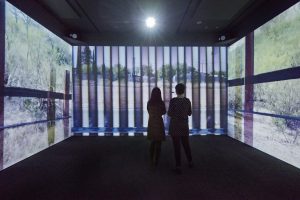 Postcommodity is an interdisciplinary arts collective founded in 2007 and comprised of three indigenous artists Raven Chacon, Cristóbal Martínez, and Kade L. Twist. Based in the US Southwest the artists live between Albuquerque, Santa Fe, and Phoenix. Known for their multimedia installations and performances, the collective works within the borderlands, capturing the areas complex history and presenting a contemporary counter narrative to the simplistic ideological views of the border.