Falling-off-the-log is the name of a series of steps attributed to both tap and jazz dance that mimics the actual motion of falling. It is a twisting movement consisting of shuffles and the alternating crossing and recrossing of one foot over the other, while also leaning the weight of the body sideways, at an angle, towards the exit, as it was often used at the end of a routine to finish the dance and leave the stage. These steps were also deployed as a kind of self-depreciating joke; the dancer pretending to almost fall was used as a way to poke fun at themselves and get a laugh out of the audience. The term “as easy as falling off a log” is used when something is considered so easy you can’t fail at it, or when no effort is required to perform the task. The expression might also be read as a metaphor for embracing the inevitable failures and inescapable suffering that comes with living; it is in this space that allows sorrow and humor to exist simultaneously that we find the work of Robin Arseneault.

Arseneault’s found objects, images, and shapes are not random; rather, they precisely fall into recognizable patterns of colour, tone, and shape consistent across her work. Projects often start with sketches, ink drawings, and small collages of found photographs that consider both form and shape. To step back from the original source, information is intentionally wiped away, torn apart, or erased to isolate shapes or shadowy images that highlight the awkward and the abject in relation to the body. These clunky, silly, vulgar, and asinine lumps, contusions, bruises, and bulges, poke fun at our aroused, aging, and dying bodies. The giggle – part snicker, part cackle – that escapes us in response to this work is not malicious or harmful, but a sign of intimately knowing this all too well.

Choreography and the ways in which dance implicates our bodies into dialogue with one another finds great affinity with Arseneault’s work. In this exhibition several works take images of a duet or dancing couple as a starting gesture or shape. The duo is then separated, or more violently ripped apart, as a way to highlight how the body can conceptually stand in for the imperfection of material, the instability of form, and the incongruous nature of relationships.

La Danse is a large-scale collage of material sourced from The Dance Through the Ages, a black-and-white picture book published in 1967 by Walter Sorell that presents an encyclopedic history of dance. The 12 panels are each composed of two unique pages joined to form a single image; each half is half of the original image of the dancer, duo, or troupe. The process of tearing pages out from the spine of the original book disconnects the dancing bodies from each other and removes much of the logic in the movement of arms, legs, torsos, and fabric. Arseneault then abstracts the images even more by completely removing or subtly erasing parts of the bodies or the surrounding stage. These altered pages are then reconnected, recoupling not bodies, but shapes and forms that neither compliment nor balance movement. The companion work to La Danse is Plus; four individual panels framed as a distinctive ‘plus’ shape. Also using pages from The Dance Through the Ages, here, the dancing bodies are cut out, leaving only the shape of their movement and the nondescript or shadowy background. Void of details, these shapes speak to the absence of the body.

Central to this exhibition is Dancing Men (Troupe) a work that started from a set of palm-sized pieces of driftwood purchased from a terminally ill artist living in New York City who was selling their studio supplies. Arseneault was initially attracted by their individual shapes as well as their collective potential to signify a kind of language. After receiving the box of driftwood, she immediately wanted to push the boundaries of their scale, to move them away from something precious to hold, to something more emblematic of or relational to the entire body. Installed together, the 12 resulting sculptures perform a dance that consist of a series of uninterrupted, simple gestures that are abstract, non-descript, and suggest a body looking up, then down, standing, walking, laying down, crouching, stretching, or rolling over. While no movement actually occurs, these wooden bodies achieve everything we expect in dance: a sense of gravity and weight, energy, and temporality.

Much like the title of the exhibition, Falling Off The Log, Arseneault’s work embraces failure—the shuffling, twisting, tripping-into-a-fall-as-one-exits-the-stage kind of failure that is equally pathetic as it is hilarious. The honesty of this approach reveals the artist’s own oscillating struggle with doubt, a self-consciousness that adds a tangible sensitivity and an emotional depth that does not define nor reveal its source, but simply adds, like a moment of silence, a profound resonance. The uncomfortableness that comes with this vulnerability surfaces as a habitual deconstruction process used to push material and conceptual choices. The final work, regardless of medium, emerges from the tension between finding stability and the inevitable destruction this process requires.

Special thanks to Carvel Creative, the Alberta Foundation for the Arts, and Resolve Photo for supporting this exhibition. 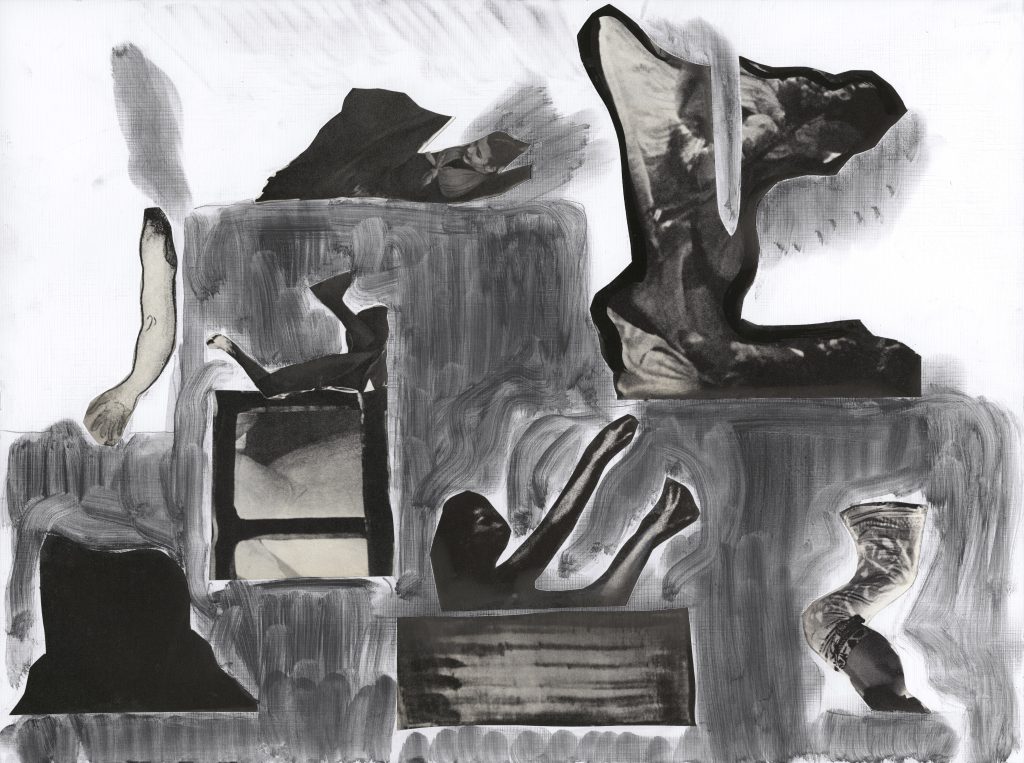 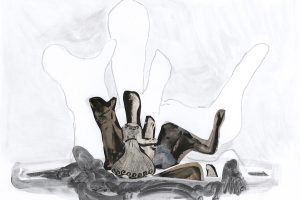 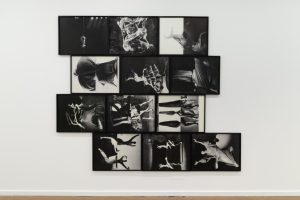 Robin Arseneault works and lives in Calgary and is a graduate of the Alberta College of Art and Design (BFA, 1998) and the Edinburgh College of Art (MFA, 2005). She was long-listed for the Sobey Art Award in 2007, received the Lieutenant Governor of Alberta Emerging Artist Award in 2008, and has been awarded grants from the Canada Council for the Arts, the Alberta Foundation for the Arts, and Alberta Heritage. Arseneault has shown her work in Canada, the USA, Scotland, Germany, Italy, and the Netherlands, and is in many private and public collections including the Alberta Foundation for the Arts, Art Gallery of Alberta, Edmonton; Nickle Galleries, Calgary; Scotiabank, Fairmont Hotel Group, and Simons Department Stores. Arseneault is represented by Norberg Hall in Calgary.