Incorporating video, performance, and drawing, Jillian McDonald’s work examines popular film genres such as romance and horror in relation to their effect on audiences. Currently focusing on the archetypes and themes found in American horror films, McDonald avoids the use of extreme violence in favour of simplified narratives, sublime nature, and familiar characters.

Valley of the Deer is a three-channel high-definition video installation shot on location in the Scottish highlands. The work features forty residents of Northern Scotland, the majority of whom are craftspeople and other employees at the Glenfiddich Distillery in Dufftown, Banffshire. The work was created in residence at the Glenfiddich International Artist Residency, where the artist lived for six months, and was made in response to the landscape, traditional highland dress and music, oral folklore, and pagan legends – both real and imagined. The haunting romanticism of the landscape figures prominently as the camera creeps through mossy glens, barley fields, heathered mountains, fairy knolls, and abandoned stone houses and uncovers fog, rainbows, water sources, majestic views, woodland creatures, animated avatars, and ghostly figures. Masked characters such as these appear frequently in horror films; they are at once anonymous and secret, uncanny and hybrid, wraithlike and terrifying, yet disarmingly naïve.

The soundscape, created in collaboration with Knocker (aka Dave Roberts), captures the textural and aural properties attending the distillery and environs: a gurgling spring, a waterfall, wind, bird calls, footsteps on dry floors, Scottish pipe music, a hand brushing against a canvas apron or a brimful barrel, a dripping tap, clinking copper, gas and liquids escaping. Valley of the Deer presents a shift in logic: a known landscape turned surreal, a cast of characters gorgeously poised for a gripping finale.

The artist gratefully acknowledges the support of the Glenfiddich International Artist Residency Programme in Scotland and Pace University in New York. 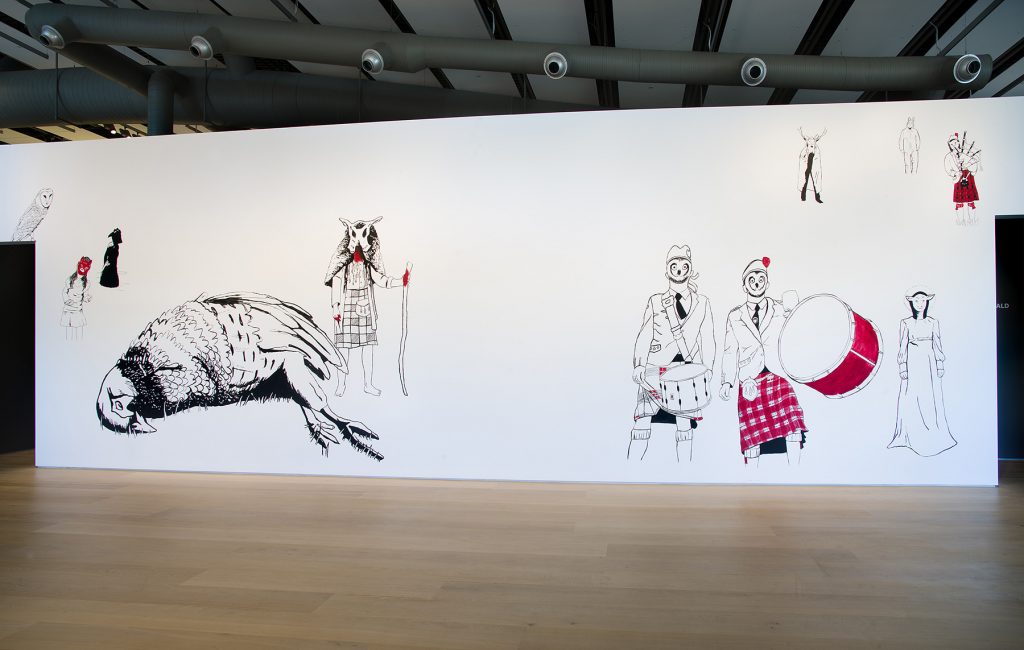 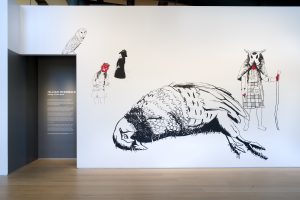 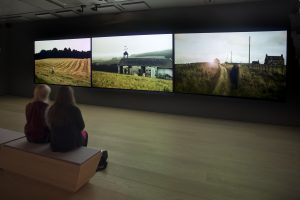 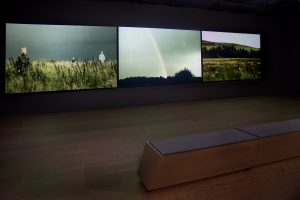