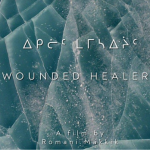 Art as Resistance and Revelation in Academia: with Suzanne Chew and Romani Makkik

How might art uplift the voices of communities with whom student researchers work, within the framework of academia today? Join Suzanne and Romani in a conversation on their experiences in graduate student research, and how they have used art as a means to tell new stories, rooted in strength and self-determination.
Registrants are encouraged to watch Romani’s “Wounded Healers” short film online, and read Suzanne’s short story “Country Food, Soul Food”, and poem “Notes on a Caribou Hearing” prior to the talk.

Romani Makkik is an Inuk film director who produced “The Wounded Healers”, an intensely powerful film based on her Master’s research with a counsellor training program in Kangiqtugaapik (Clyde River), about the powerful story of how one community transforms lives by drawing on its strengths.

Suzanne Chew is an international student at the University of Calgary who has published poetry and short stories as part of reflecting on her role and responsibility as a doctoral researcher. Her research focuses on inclusive participation and environmental decision-making, learning from Inuit communities in western Nunavut. Suzanne also co-convenes a research working group led by graduate students called “Voice and Marginality at the Nexus of Racism and Colonialism.”

Voice and Marginality at the Nexus of Racism and Colonialism is a research working group led by graduate students, hosted by the Calgary Institute for the Humanities. This working group is a collaborative and creative research space that aims to build a community focused on critical reflection, interdisciplinarity, and engaged scholarship that contributes to social change. We validate different ways of knowing and being, and seek to uplift voices of students and scholars from Black, Indigenous, and racialized communities.