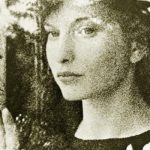 Meshes of the Afternoon
Conceived and directed by Maya Deren, and made in collaboration with cinematographer Alexander Hammid, Meshes of the Afternoon is an experimental, non-narrative silent film. For Deren, the film is meant to portray “the inner realities of an individual and the way in which the subconscious will develop, interpret and elaborate an apparently simple and casual incident into a critical emotional experience.”

La Jetée
Constructed almost entirely from still photographs, Chris Marker’s award-winning short film La Jetée tells the story of a haunted survivor of World War III who journeys into the past in search of a fleeting memory, only to discover the terrifying moment of death.

Esker Foundation is proud to partner with Sidewalk Citizen on our film series. The bakery is generously providing complimentary treats inspired by each film screening this fall.