In 2002 Cedric Bomford traveled to Prague as an exchange student from Emily Carr University to study under Pavel Štecha at the Academy of Arts, Architecture, and Design. Knowing nothing of the city or what it might yield, he took a chance, hoping that Franz Kafka’s Prague would be as mysterious as he had imagined it might be.

Meeting Prague in the dim and moody days of winter indeed provided a suitably Kafkaesque introduction and (as most do) Bomford fled underground – to the Metro. As the artist recalls “the city slowly emerged to me as a collection of discrete points rather than as lines of tourist streets plucked from a map, or as local streets encountered in daily routine.” He first noticed the air vent structures as he walked between stations; they became landmarks and points of reference for his own map, details that turned the city from strange to familiar.

Nestled among eleven hundred years of brilliant architectural history, these odd futuristic monuments are conspicuous. Prague is a city of intense architectural legacy, most notably the Romanesque period from the turn of the first millennium, the soaring Gothic spires and towers from the14th century, and the celebrated Art Nouveau jewel box ornamentation and florid design from the late 19th century. Following the ascendancy of the Communist regime after World War II, a Communist or Brutalist style emerged and endured for almost four decades.

The Prague metro was built at the tail end of the Communist dictatorship, starting in 1974, with the final section opening in 1985. An extensive history of the development of this underground system is easily found, yet information about the structures that cover the ends of the ventilation shafts seems non-existent. No particular architect or designer has been attributed to them, and the only reference found provides an incredibly dull and useless description referring to the more than 60 structures as having diverse surfaces and various locations. So who designed these constructions and what was the vision behind them? An examination into Brutalism seems to provide some answers.

As an architectural philosophy, rather than a style, Brutalism was often associated with socialist utopian ideology, and in the case of Czechoslovakia between 1975-1989 it was presented as an attempt to create a “national” but also “modern socialist” architecture. These stark concrete buildings tended to stand in opposition to the social, historic, and architectural environment of their surroundings, making them appear starkly out of place and alien.

As a collection, this selection of 15 images from the Prague Air Vents series reference Bernd and Hilla Becher’s photographs of “anonymous sculptures” – an extensive series of water towers, blast furnaces, and other vernacular industrial architecture that represents a brilliant study of form and function. Rendered in stark precision and framed against a bleak grey sky, these photographs are also monumental, alluding to the character and style of each building. But what these images do best is to reveal the unexpected and brilliant artistry of a little-known infrastructure ironically dedicated to hiding and disguising. 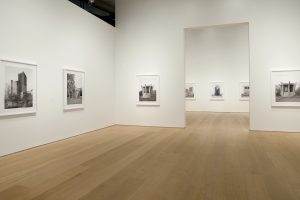 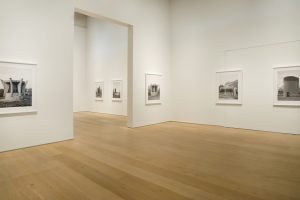 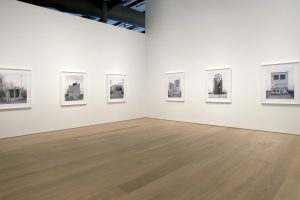