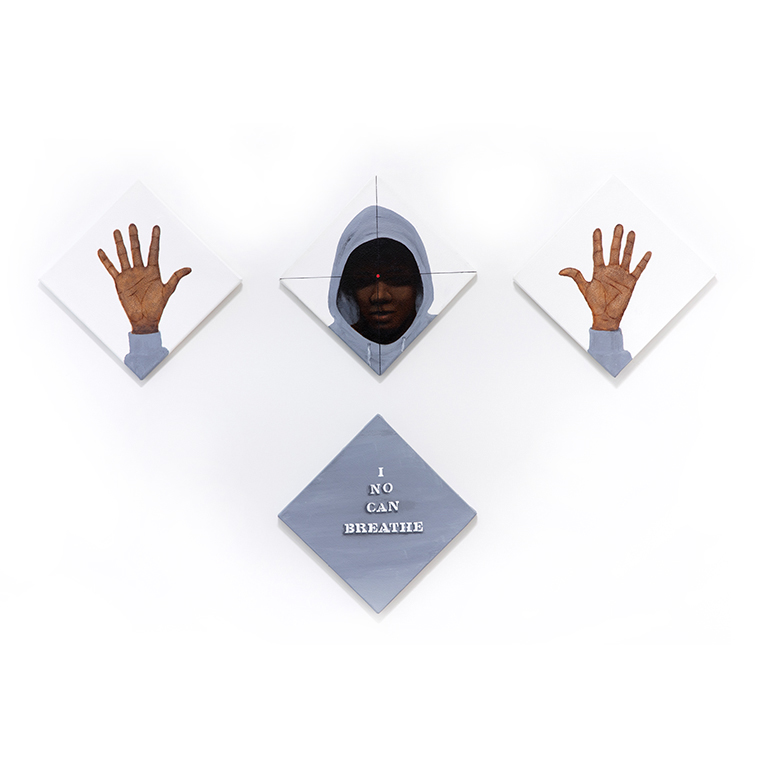 Cheryl Sim on the work of Barkley L. Hendricks

Barkley L. Hendricks was well known for his situationist approach to painting that spanned portraiture to landscape. At the beginning of his career, he was struck by the absence of affirming images of Black people in mainstream media and in the art he encountered in museums. A large part of his artistic subject area became the situational depiction of Black people that he would encounter everyday, to celebrate their complexity, style, vulnerability, and realities. His body of work has made a major contribution to art history, which will continue to influence artists for generations to come.

Barkley L.  Hendricks (1945-2017) was born in Philadelphia, and lived and worked in New London, Connecticut. He earned both his BFA and MFA from Yale University and was the subject of a large-scale traveling exhibition, Barkley L. Hendricks: Birth of the Cool, at the Nasher Museum of Art at Duke University, Durham (2008), which traveled to the Studio Museum in Harlem (2008–2009); the Santa Monica Museum of Art (2009); Pennsylvania Academy of the Fine Arts, Philadelphia (2009–2010); and the Contemporary Arts Museum Houston (2010). Hendricks’s work has been prominently shown in recent significant exhibitions, such as the Prospect.4 Triennial, The Lotus in Spite of the Swamp, New Orleans Museum of Art, (November 18, 2017 – February 25, 2018), and Soul of a Nation: Art in the Age of Black Power, exhibited at the Tate Modern (July 12 – October 22, 2017); the Crystal Bridges Museum of Art, Bentonville, (February 3 – April 23, 2018); Brooklyn Museum of Art, (September 7 – February 3, 2019); The Broad, Los Angeles, (March 23 – September 1, 2019); the de Young Museum, San Francisco, (November 9, 2019 – March 8, 2020); and the Museum of Fine Arts, Houston, (April 19 – July 19, 2020). Hendricks is included in numerous public collections both within the United States and abroad, such as the Museum of Modern Art, New York; Whitney Museum of American Art, New York; National Gallery of Art, Washington; Tate Modern, London; Studio Museum in Harlem, New York; Philadelphia Museum of Art; the Rubell Family Collection, Miami; Nasher Museum of Art at Duke University, Durham; Columbus Museum of Art; and the Fogg Museum at Harvard University, Cambridge.

Artist talk at the Art Institute of Chicago

Barkley L. Hendricks: 'I Want to Be Memorable' - TateShots