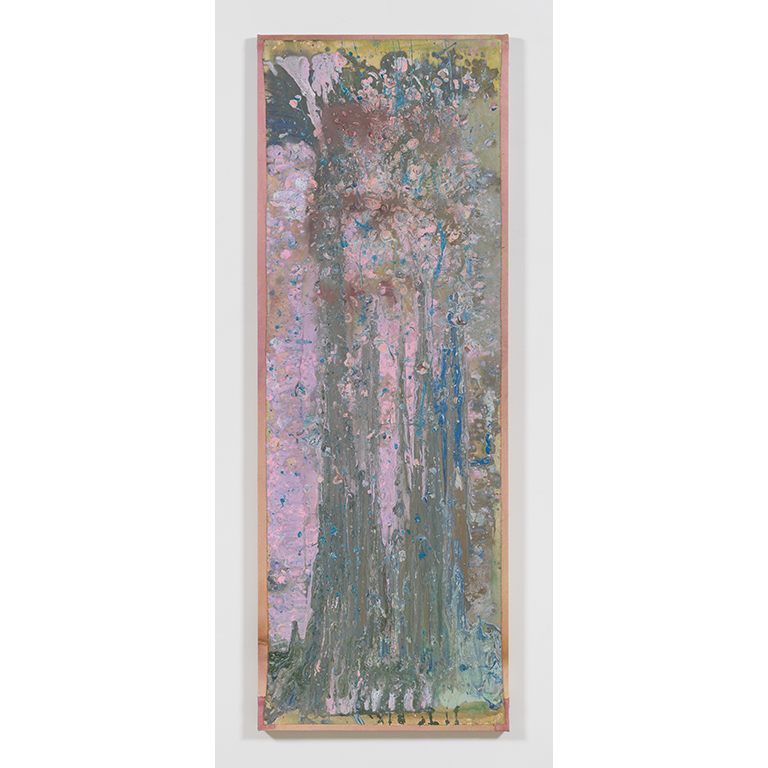 Frank Bowling was born in British Guyana and has divided his time between London and New York for more than sixty years. Over this time, he has explored the possibilities and properties of painting and played a major role in debates in Great Britain around “Black Art,” a movement which demands artists’ right to adopt their modes of expression freely, independently of their identity, ethnic origin, or context. The work Bunch, shown here, belongs to his period of “Poured Paintings,” which he began in the mid-1970s. At that time, Bowling began to pour paint onto the canvas in order to play with the effects of the superimposition of colours and textures. As Sarah Nesbitt asserts in her catalogue essay, “Bunch is a work of material and technical accumulation that exemplifies the kind of expressive work that Bowling is most invested in, and that he has worked hard to defend in the face of pressures, still thriving, to produce so-called “Black art.”