airtime is a site-specific spatial intervention that is a continuation of Ferguson’s recent interest in exploring the potential of material. Through the cutting and manipulation of vinyl and linoleum flooring products, Ferguson makes sculptures and installations that work with the material’s versatile physical capabilities, and reveal its capacity for simultaneous structure and textile-like drapery. No effort is made to disguise this vernacular and familiar matter, which speaks to Ferguson’s interest in the ability of her sculptural work to transcend its materiality while also staying true to it.

In many of Ferguson’s recent smaller scale works, the draping and positioning of the vinyl or linoleum evokes the spectre of an absent body. Constructed form and volume suggest the potential of clothing, are reminiscent of internal or external skeletal structures, or of mimicry in classical art historical forms, such as cloth rendered in marble. airtime enlarges the scale of these past projects to inhabit and fill the entire interior of the Project Space. This generates a new sense of physicality for Ferguson’s forms: the occupation of an interior void or cavity. This room-sized installation of overlapping and interconnected vinyl swaths is suggestive of a corporeal space inhabited by connective tissues. The presence of the abstracted body resides here, and we are left to consider the possibility that synthetic materials can indeed find common ground with the natural world. 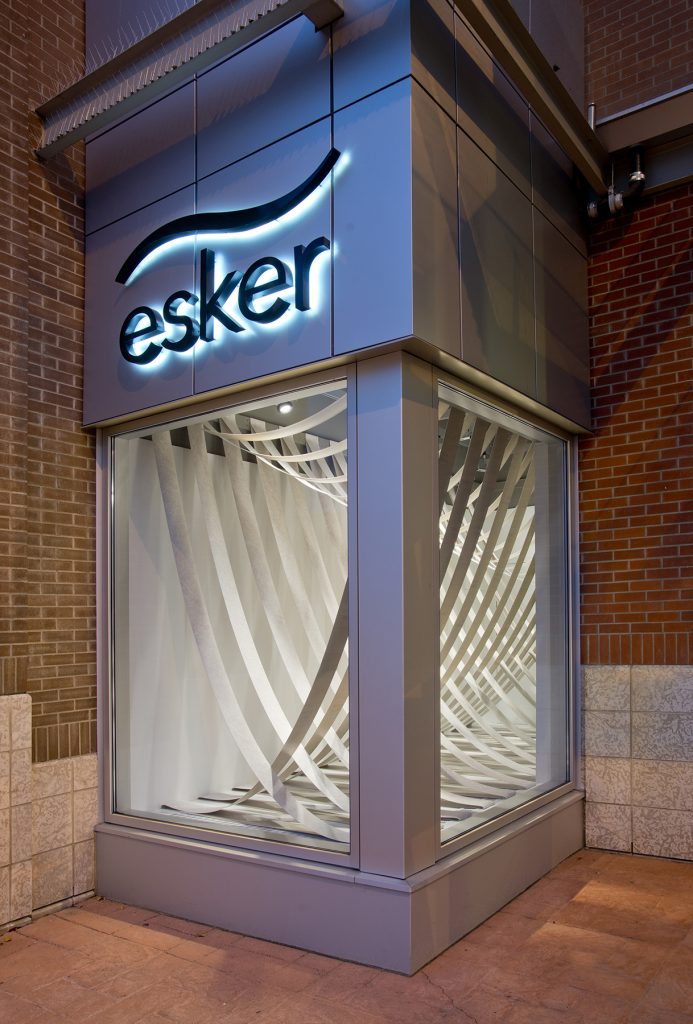 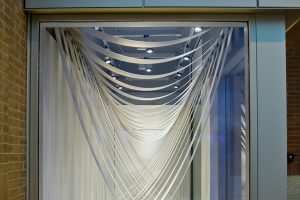 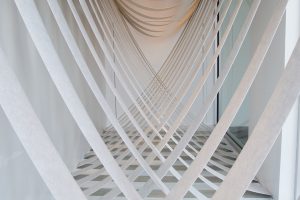 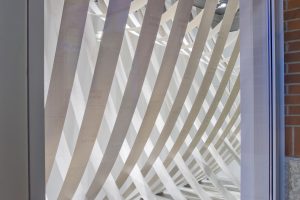 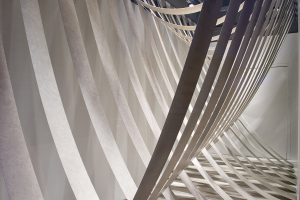 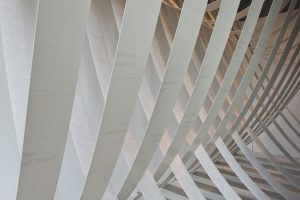 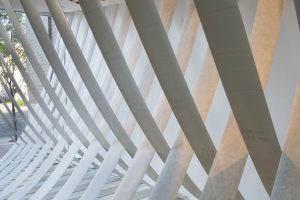 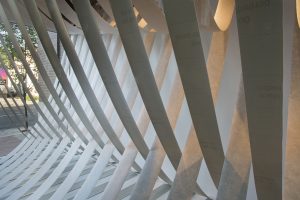 Svea Ferguson is an emerging Calgary-based artist who recently obtained a BFA in Drawing at the Alberta College of Art + Design, Calgary. Ferguson’s work has been shown in major community based pre-demolition projects Wreck City and Phantom Wing (both 2013), and was recently included in group shows at Barbara Edwards Contemporary (2014) and Stride Gallery (2015), both in Calgary. In 2014 she co-curated navigation(s): the spaces that form us, an exhibition of interdisciplinary student work at TRUCK Contemporary Art Gallery, Calgary.