Estranged Setting presents two sculptures in an immersive painted environment. The works, Bird Factory (2016) and Trawl (2015), depict shifting anatomies that embody the complexities of contemporary consumption, industrial fishing, and agriculture. In Bird Factory, poultry populate a structure whose appearance hovers between that of a chicken’s body and an industrial farming complex. Cartoonish at a glance, the work plays with pop representations of the animal as a façade for the darker nature of its life within the food production system. In Trawl, an overburdened fishing net assumes the shape of a human body, with the boat dragging the net taking the place of the figure’s head. The work is a modern update of Arcimboldo’s Mannerist painting, Water (1566), an anthropomorphic celebration of marine bounty. In Estranged Setting, bodies, food, and production methods merge in reflective and critical cycles. 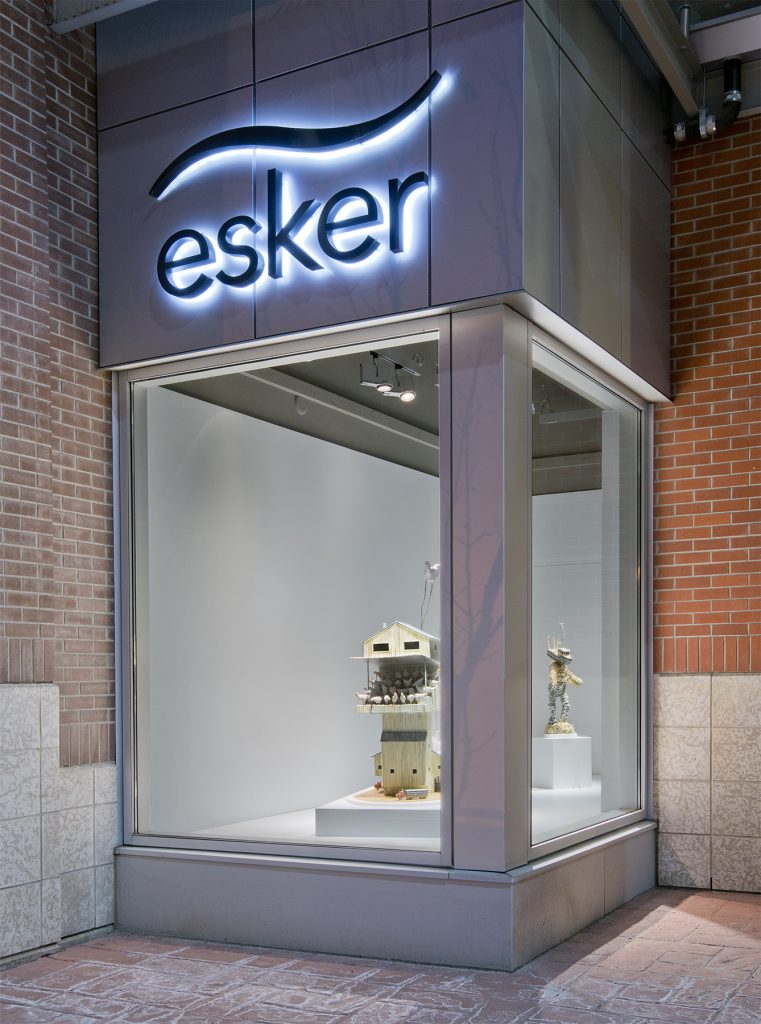 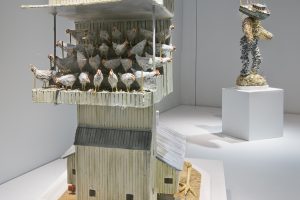 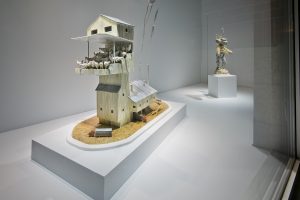 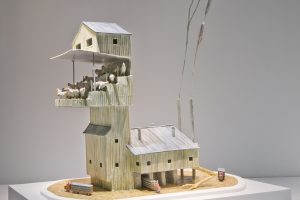 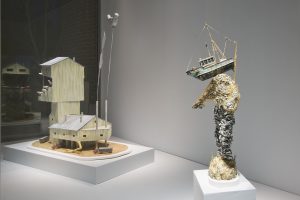 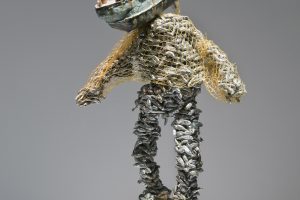