Esker Foundation commissioned David Hoffos to produce a site-specific, two-channel video, and mixed media installation titled Follower. The video work was filmed in the streets and alleys of Inglewood, Calgary in April 2013.

Hoffos borrows inspiration from a range of cultural phenomena including stage magic, theme parks, genre movies, and self-help books. From a mixed bag of found and invented technologies, the artist conjures an eerie world of illusion while simultaneously exposing its artifice. Much of Hoffos’s installation work presents a blend of sculptural diorama and do-it-yourself cinema. Although his uncanny effects often provoke a sense of wonder—or even terror—in the viewer, his true subjects are the collective modern conditions of melancholy and anxiety. 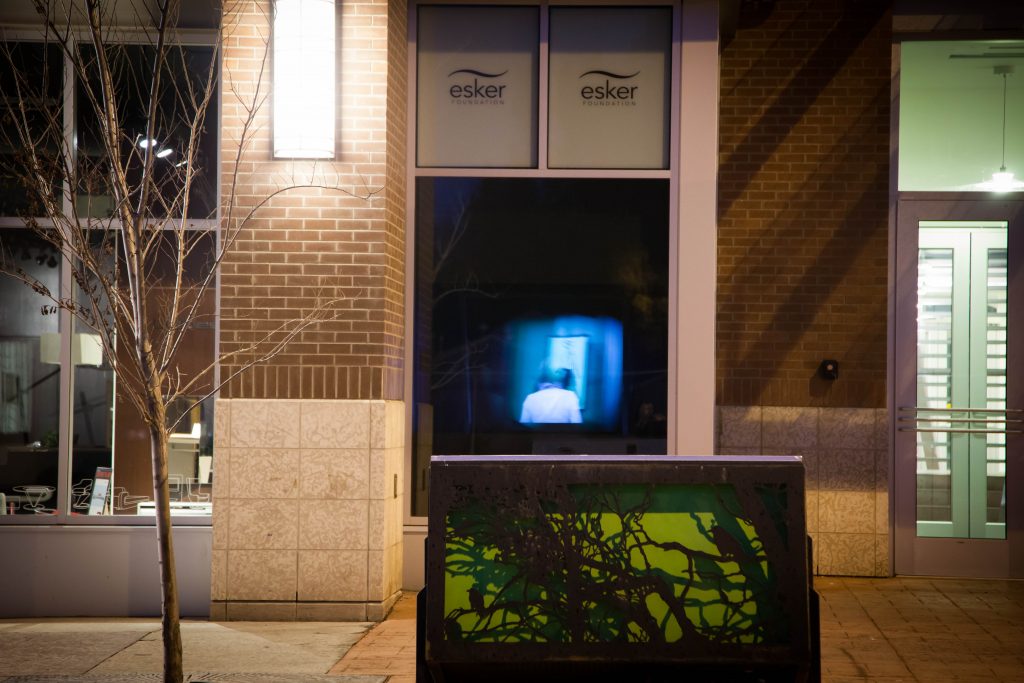 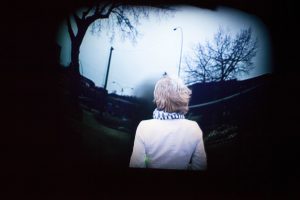 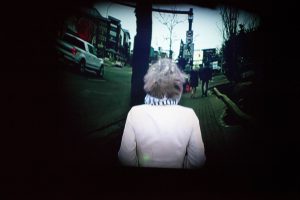 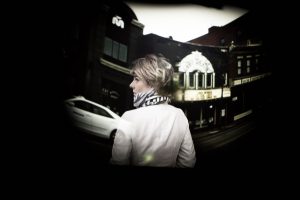 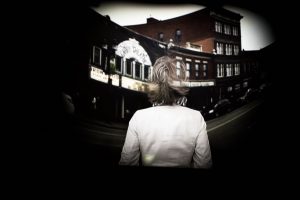 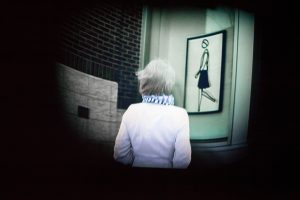 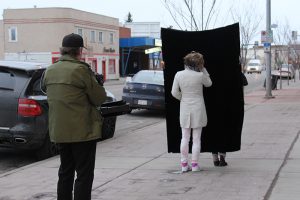 David Hoffos received his BFA from the University of Lethbridge in 1994. Since 1992, Hoffos’s multidisciplinary practice has produced over 40 solo exhibitions of his signature illusionistic environments. His monumental 6-year installation series, Scenes from the House Dream, recently finished a cross-Canada tour and was showcased at the National Gallery of Canada in 2010. Hoffos has received awards including the Images Grand Prize (2007) and a Sobey Art Award (2nd prize) (2002). Hoffos is represented by Trépanier Baer Gallery, Calgary.