Jeremy Shaw works in a variety of media to explore altered states and the cultural and scientific practices that aspire to map transcendental experiences. Often combining and amplifying strategies of vérité filmmaking, conceptual art, music video, and esoteric and scientific research, Shaw’s works create a post-documentary space in which disparate belief systems and histories are thrown into an interpretive limbo.

At the center of Shaw’s exhibition are three para-fictional short films: Quickeners (2014), Liminals (2017), and I Can See Forever (2018), the latter of which is making its Canadian installation premiere at Esker Foundation. This trilogy of thematically entangled works presents marginalized societies of the future and their engagement in transcendental activities as potential tools towards evolution.

Set 500 years in the future, Quickeners tells the story of Human Atavism Syndrome, an obscure disorder that afflicts a tiny portion of the advanced Quantum Human population and which catalyzes an impulse to act and feel as their Human Being predecessors once did. A super-intelligent species, Quantum Humans have evolved to wirelessly connect to the neural network known as The Hive, operate solely on pure rational thought, and consequently, have achieved immortality. As the video unfolds, an authoritative Quantum Human narrator clinically comments on what we witness from the affected group: indecipherable testimonials, sermons, songs, prayers, convulsive dancing, speaking in tongues, serpent handling, and ecstatic states – all archaic ritualistic behaviours which, when enacted, bring the performer to a climax of cathartic transcendence – a phenomenon that the Quantum Humans define as “Quickening.”

Liminals depicts a marginalized future society attempting to save humanity from extinction through abandoned transcendental activities. Employing a 1970s cinema vérité aesthetic, yet set three generations from now, Liminals follows eight subjects as they engage in various cathartic ritualistic behaviors, from whirling and kundalini meditation, to modern dance and headbanging. The subjects believe that performing these rituals, in tandem with Machine DNA brain augmentations, will provide access to “The Liminal” – a speculative paraspace between the physical and the virtual where humankind can temporarily exist in gestation towards a new phase of evolution, and thereby secure humanity’s survival.

Set approximately 40 years from today, I Can See Forever is presented as a television documentary series about The Singularity Project, a failed government experiment that aimed to create a harmonious synthesis of human and machine. This specific episode is a vérité account of the only known survivor: 27-year-old Roderick Dale. Born with 8.7% Machine DNA biology, yet uninterested in the virtual reality trappings of his time, Dale has committed himself to a life immersed in dance. It is during his unique virtuosic activities that he claims to be able to “See Forever” – a multi-layered and contentious term that Dale defines as the ability to transcend to a digital plane of total unity while maintaining a corporeal physical presence.

The central film trilogy is complemented by Shaw’s photographic series Towards Universal Pattern Recognition. These works present found archival photos in which the subjects are in the throes of various states of religious, mystical, or technological rapture. Framed under custom-machined prismatic acrylic, the images are distorted and repeated through a kaleidoscopic effect; an allusion to the skewed perception of reality the subject is experiencing. In applying an optical device most commonly associated with filmic representations of psychedelic experience to documentary recordings of altered states, the works ask one to consider the universality of all transcendental experiences: religious, hedonistic, technological, and otherwise.

Quantification Trilogy is produced in cooperation with the Kunstverein Hamburg, Germany.

An extensive publication will be released in conjunction with the exhibition.

Quickeners was co-produced by the Centre d’Art Contemporain Genève and Johann König, Berlin for the Biennale de l’Image en Mouvement 2014, with the generous support of the British Columbia Arts Council.

Liminals was realized in part with generous support from the Canada Council for the Arts, the Canadian Embassy in Rome and KÖNIG GALERIE, Berlin, for the 57th Venice Biennale.

I Can See Forever was co-produced by Medienboard Berlin Brandenburg and KÖNIG GALERIE, Berlin, with support from the Canada Council for the Arts; Hammer Museum, Los Angeles; Kunstverein Hamburg, and the Esker Foundation Commission Fund, Calgary. 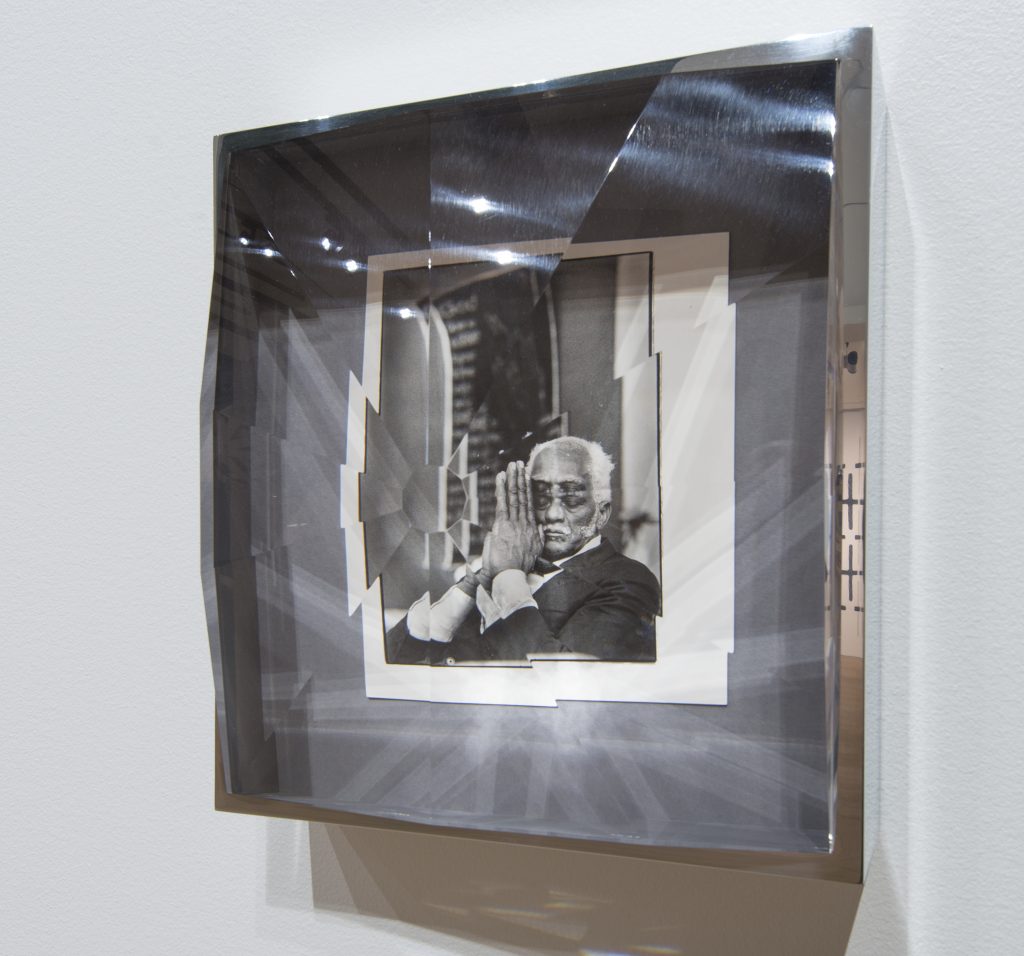 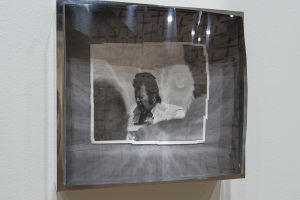 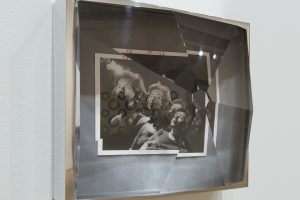 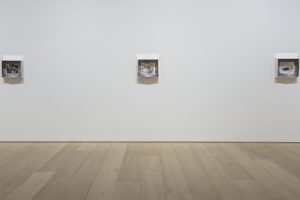 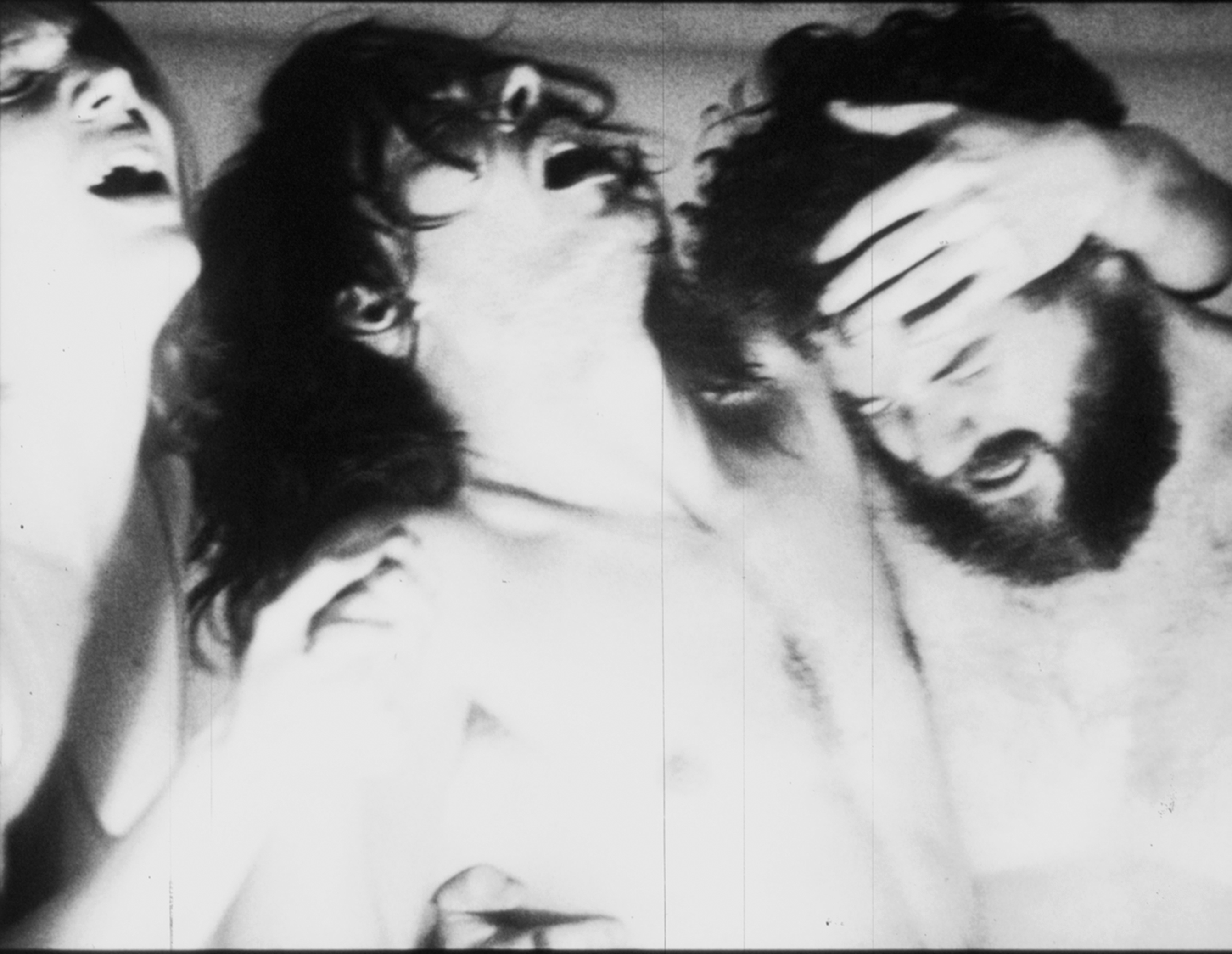 Jeremy Shaw (b. 1977, Vancouver, currently resides in Berlin) works in a variety of media to explore altered states and the cultural and scientific practices that aspire to map transcendental experience. Often combining and amplifying strategies of vérité filmmaking, conceptual art, music video, esoteric and scientific research, Shaw’s works create a post-documentary space in which disparate belief-systems and histories are thrown into an interpretive limbo.

In 2016, Shaw received the Sobey Art Award, and in 2017 he participated in the 57th Venice Biennale, Viva Arte Viva. He was recently on residency at the Hammer Museum, Los Angeles in 2018, and has upcoming solo exhibitions at The Common Guild, Glasgow, and Centre Pompidou, Paris, in 2020. Works by Jeremy Shaw are held in numerous public collections worldwide including the Museum of Modern Art, New York; Centre Pompidou, Paris; and The National Gallery of Canada, Ottawa. Shaw is represented by KÖNIG GALERIE, Berlin and Macaulay & Co. Fine Art, Vancouver.