Le Vele di Scampia (in English, The Sails of Scampia) is a monumental Brutalist housing estate in northern Naples. Originally hailed as a revolution in urban social housing, the buildings were built between 1962 and 1975 in response to post-war efforts to expand and urbanize Italy, such as Law 167, a government act that required municipalities to quickly and efficiently provide a massive amount of affordable social housing in order to accommodate large and ever-growing populations. In Naples, architect Franz Di Salvo was tapped to design such a development. Envisioning a large-scale complex that encouraged a communal way of living, di Salvo planned a series of radically tiered buildings which incorporated community social spaces and meeting places, parks and play areas, and a network of public walkways interconnecting apartment units.

However, the utopian social-democratic vision for Le Vele soon crumbled, as the buildings began to be squatted before the project was even finished, including by members of the Camorra crime syndicate. Following the massive Irpinia earthquake in 1980, many displaced people began to illegally occupy the apartments as well. This influx of squatters and Le Vele’s worsening condition was largely tolerated and ignored by police and government officials. With little to no outside support, poverty and crime flourished. Today the remaining buildings (three of the original seven have been demolished) resemble massive crumbling ziggurats and stand as a Camorra stronghold and key centre for European drug trafficking.

Zielony’s photographic series, Vele, alludes to the legacy of this place: the failure of a utopian architecture that has literally and figuratively crumbled into a dystopian reality that is at once both nightmarish and banal—the hubris of a government that would insist upon an architecture with social goals in a place where social problems were largely unaddressed. A nine-minute photo animation of a combined seven thousand single images offers a shifting, hallucinatory portrait of the place and some of its inhabitants, while a parallel series of photographs depict still moments of the same.

The presence of the Camorra, drugs, and criminal activity is not overt. Instead, the work portrays snapshots of life in this marginalized place: kids and teenagers hanging out in corridors, a woman anxiously checking her phone in a stairwell, people watching fireworks from the rooftop. As with much of Zielony’s work, there is not an over-determined narrative forced upon the people who live here; rather, in this otherworldly setting, redolent with a sense of melancholy stasis, the work creates space to question the acts of representation and self-portrayal: the people here are not heroicized, but nor are they pathologized. 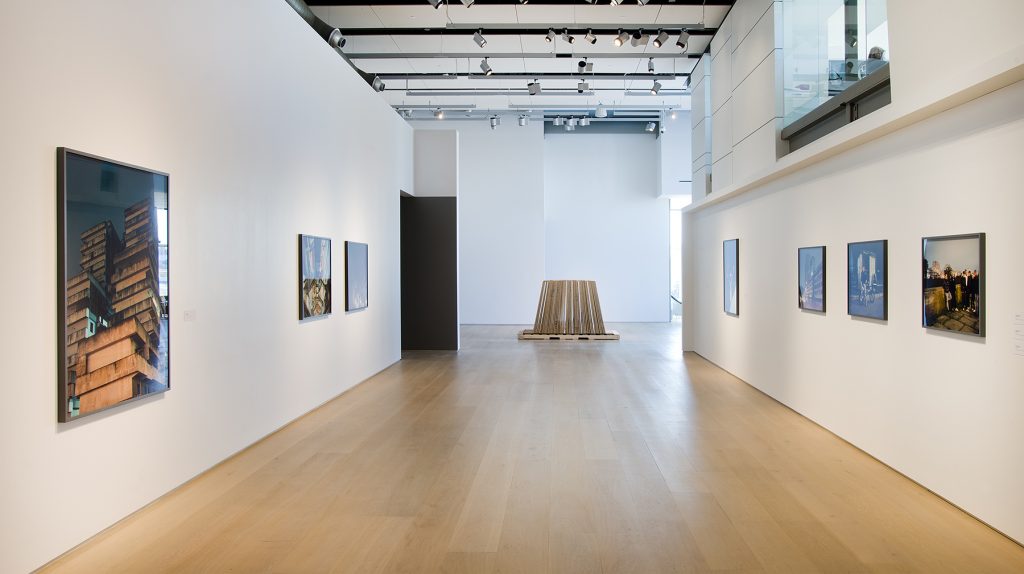 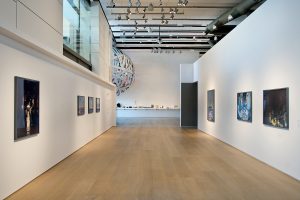 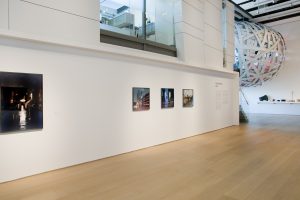 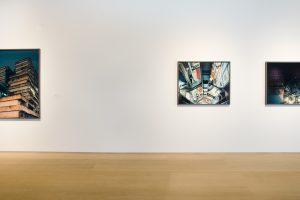 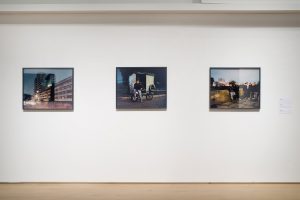 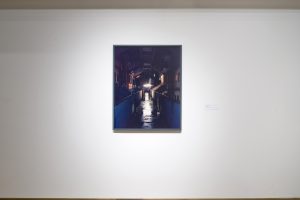 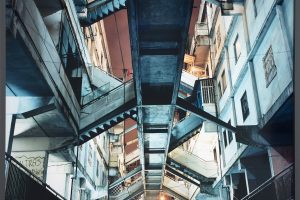 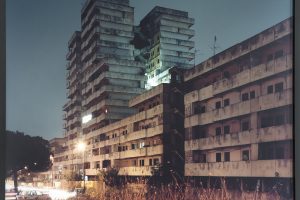 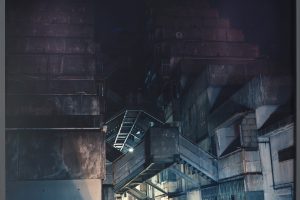 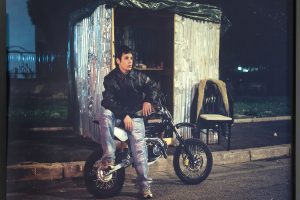 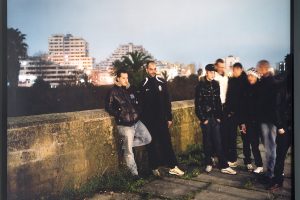 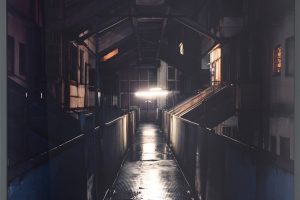 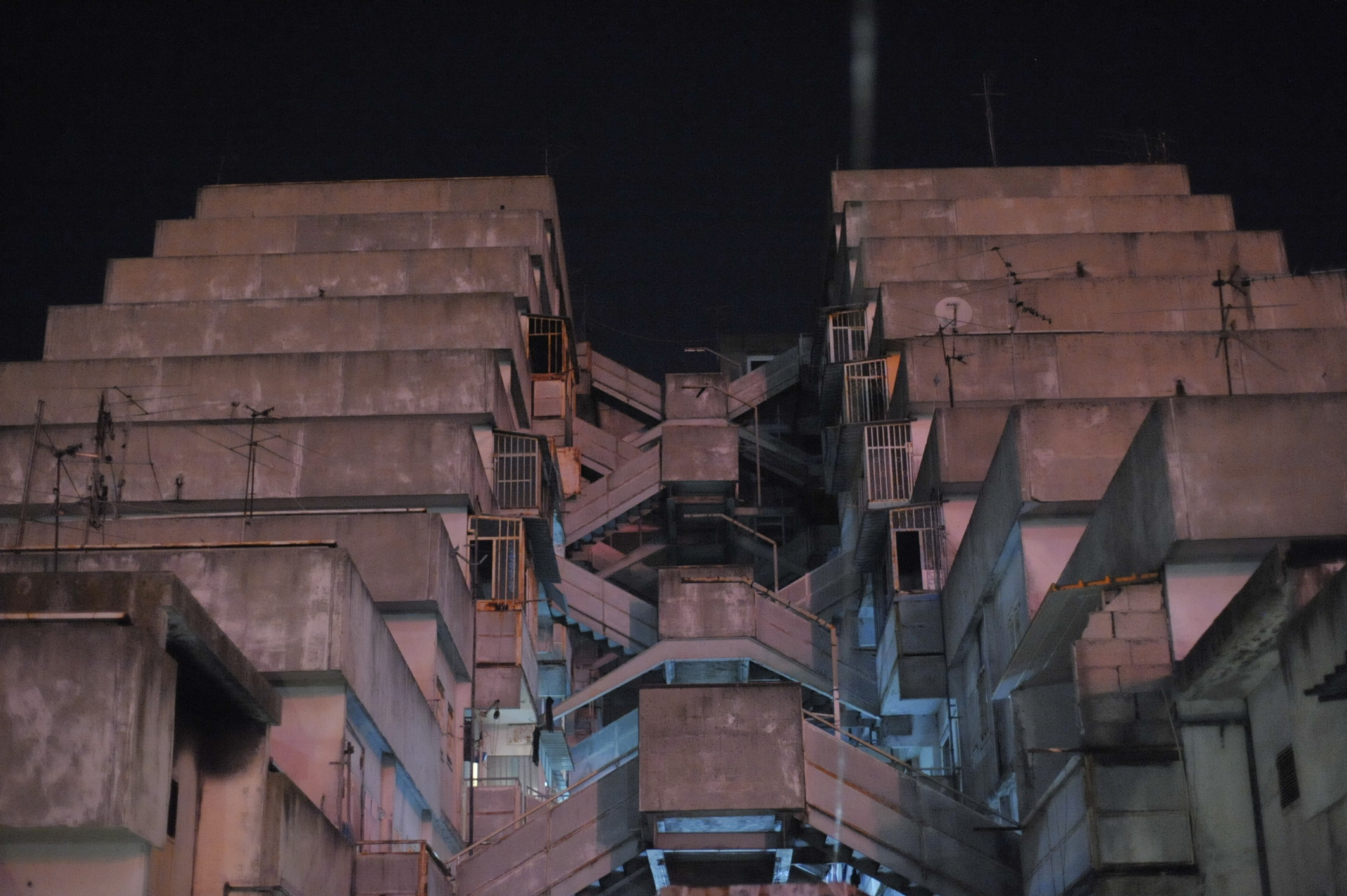 Tobias Zielony was born in 1973 in Wuppertal, Germany and currently lives and works in Berlin. He studied Documentary Photography at the University of Wales, Newport, and Photography at the Hochschule für Grafik und Buchkunst, Leipzig. Zielony is known for his photographic works that operate as portraits of marginalized spaces and the people who inhabit them. He has had solo exhibitions of his work at institutions such as Berlinische Galerie; MAXXI Museo Nazionale delle Arti del XXI Secolo, Rome; Philadelphia Museum of Art; Institute of Modern Art, Brisbane; MMK Zollamt, Frankfurt; Camera Austria, Graz; Folkwang Museum, Essen; and Kunstverein Hamburg, among many others. In 2013, he received the Künstlerstipendium Goethe-Institut, Ramallah.