Vanessa Brown works in the space between strength and fragility through an alchemical fusing of steel, pigment, glass, and textile. Her work is hybrid and multidimensional: sculpture flirting with painting, symbolic narrative collage, a physical gestalt of states of consciousness. The Witching Hour brings together new installations and recent works, ranging in scale from larger-than-life to intimate. It is a proposal in material, colour, light, and sound; an invitation into an emotively charmed circle where magic, fantasy, and humour offer coded strategies to consider material histories, our connection to the natural and supernatural worlds, and gendered systems of labour, communication, and value.

Through a number of interrelated installations, Brown welcomes us into the liminal space between dreaming and consciousness, between the visionary and the here-and-now. Working primarily with steel, her imaginative formal constellations critique and counter the material’s traditional associations with the monumental, masculine, and its use in aggressive industry and military efforts. For Brown, the allure of steel rests in its subtler qualities, such as its malleability, adaptability, and delicateness; attributes that allude to the rich territory of feminized narratives and material associations.

The exhibition leads us through a series of fantastic scenarios: a midnight trip to the jeweller’s piercing parlour; the comforting embrace of the bog; and within the light-filled, nurturing garden shed. The symbology of each scene—through material and form—is a dense and surreal system of storytelling. The entrance into Brown’s speculative reality—through the jeweller’s piercing parlour—greets us with a shop floor arranged with all of the accessories one might need for an otherworldly journey: robes for sleepwalking and daydreaming wait on their hangers for absent bodies; oversized earrings oscillate between the figurative and the abstract. Our state of consciousness is uncertain; an exhausted clock slumbers over our heads. While she is asleep, the rules of time and space have slipped. Against the wall rests a menu of options incised into steel, written in an unfamiliar symbolic language. The act of engraving is reminiscent both of tattooing into skin and also of engraving jewellery; the gesture of committing important information to metal as a method of communicating with and for the future.

Though their scale is large, the forms that these objects assume draw their reference point back to the human body. Practices of communicating coded messages through objects displayed on the body is one that recurs in Brown’s practice. Though the hierarchy of metalworking has historically relegated jewellery to a questionably subordinate realm of artisanal craft because of its bodily use, its metaphorical language, in particular, that of charm bracelets, is historically powerful and often feminized.

Typically worn to denote or commemorate personal narratives, milestones, and rites of passage, charms are often given and received as heirlooms, and unlike other valued forms of property—such as land and currencies, which have historically been passed down a patrilinear line—charm bracelets and jewellery tend to be passed intergenerationally through the hands of women.

Moving away from these works, we are drawn toward a chorus of amphibious croaks. Slipping into the dimness of a meditatively droning bog, we encounter the hypnotic movement of clusters of objects. Undulating as if caught in a slow eddy, these elements are suspended in front of us within a romantic, semi-apocalyptic swamp. The aura here is ambiguous, though the invitation to rest and stay awhile is clear. In the gentle flow, we find organic detritus, planetary reflections, and the debris of art history which has been liberated from the museum and sunken with us into the murk. The rotation of the mobiles gestures to a cyclical sense of time, and perhaps, the cycles of life and death. We are brought in close, enveloped by colour and sound: shrouded inside of an internal space, maternal and womblike, but unclearly prenatal or posthumous.

Vanessa Brown would like to acknowledge the support of the Canada Council for the Arts and BC Arts Council.

She would also like to acknowledge and thank her studio assistants Joseph Band (metal), and Iman Hassan (textiles/robes), along with Michelle Mackenzie for her sound composition Post Meridiem for Veils of a Bog. 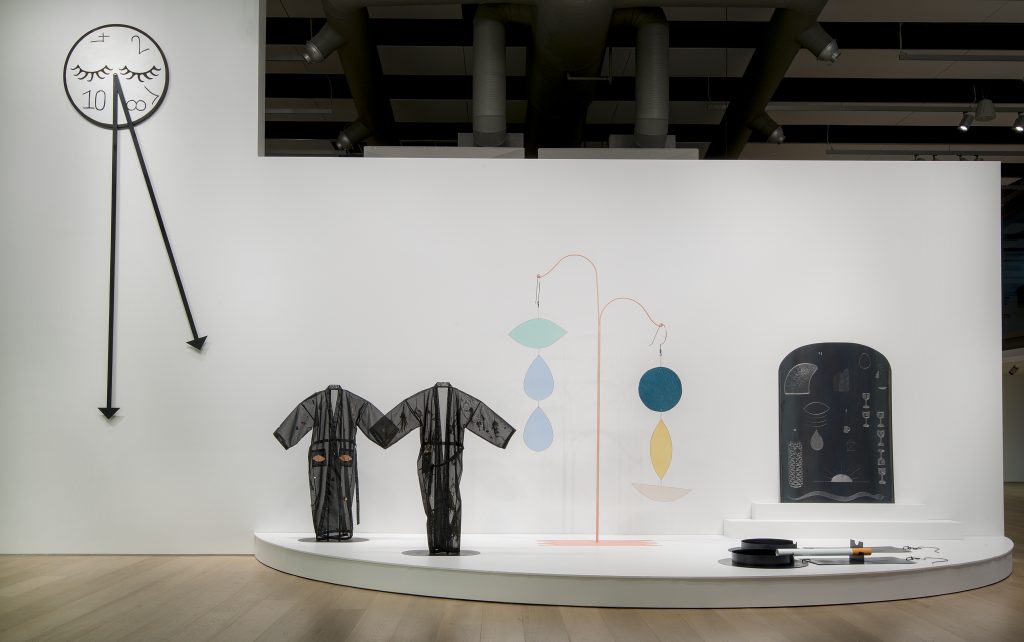 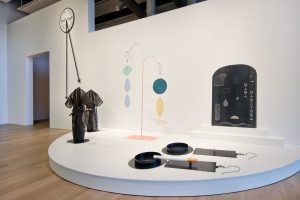 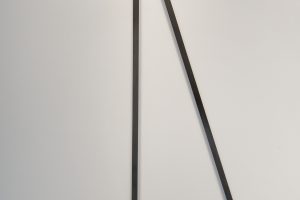 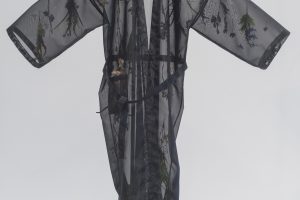 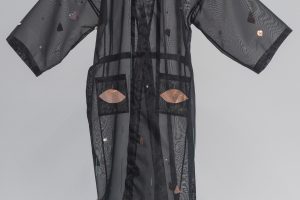 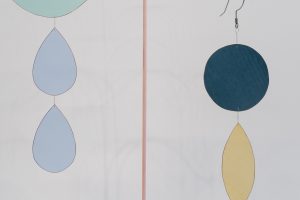 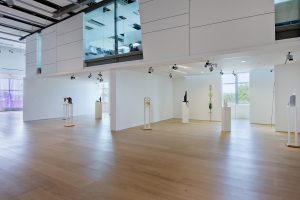 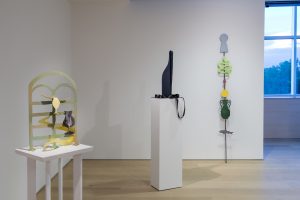 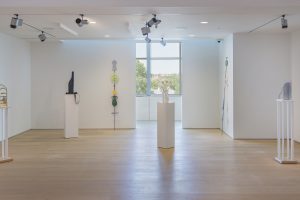 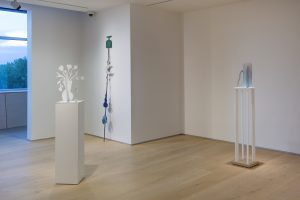 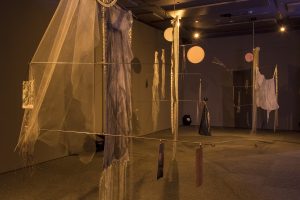 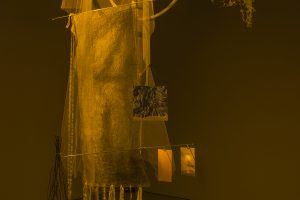 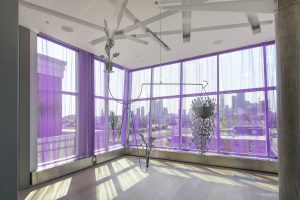 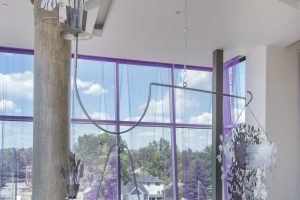 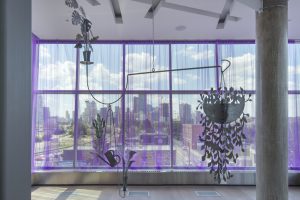 Vanessa Brown works in sculpture, painting, and photography. Her primary medium is steel and she attempts to parse its associations with industry, weaponry, and brutality, and its subtler qualities such as pliability, versatility, and slightness. The imagery in her work draws from various sources including landscapes, historical crafts, recurring symbols from her own dreams, as well as the work and biographies of other female artists. She is based in Vancouver on unceded Coast Salish Territories. Brown graduated with a BFA from Emily Carr University, Vancouver in 2013 and was the recipient of the Chancellor’s Award. She has exhibited in Canada, Germany, the USA, and Mexico, notably with solo and twoperson exhibitions at Wil Aballe Art Projects, Vancouver; Erin Stump Projects, Toronto; and group exhibitions at the Nanaimo Art Gallery; Künstlerhaus Bethanien, Berlin; and King Street Station, Seattle.