Curated by Srimoyee Mitra, organized and circulated by the Art Gallery of Windsor

168:01 is a major solo exhibition of new and recent work by Iraqi-born, New York-based artist Wafaa Bilal, renowned for his online performances and technologically driven encounters that speak to the impact of international politics on individual lives.

In 168:01, Bilal takes the Bayt al-Hikma, or House of Wisdom, as a starting point for a sculptural installation of a library. The Bayt al-Hikma was a major academic center during the Islamic Golden Age where Muslim, Jewish, and Christian scholars studied the humanities and science. By the middle of the Ninth Century, the House of Wisdom had accumulated the largest library in the world. Four centuries later, a Mongol siege laid waste to all the libraries of Baghdad along with the House of Wisdom. According to some accounts, the library was thrown into the Tigris River to create a bridge of books for the Mongol army to cross. The pages bled ink into the river for seven days – or 168 hours, after which the books were drained of knowledge. Today, the Bayt al-Hikma represents one of the most well-known examples of historic cultural loss as a casualty of wartime.

For this exhibition, Bilal has constructed a makeshift library filled with empty white books. The white books symbolize the priceless cultural heritage destroyed at Bayt al-Hikma as well as the libraries, archives, and museums whose systematic decimation by occupying forces continues to ravage his homeland. Throughout the duration of the exhibition, the white books will slowly be replaced with visitor donations from a wishlist compiled by The College of Fine Arts at the University of Baghdad, whose library was looted and destroyed in 2003. At the end of each week a volunteer unpacks the accumulated shipments, catalogues each new book by hand, and places the books on the shelves. At the end of the exhibition, all the donated books will be sent to the University of Baghdad to help rebuild their library. This exchange symbolizes the power of individuals to rectify violence inflicted on cultural spaces that are meant to preserve and store knowledge for future generations.

In conjunction with the library, Bilal presents a powerful suite of photographs titled The Ashes Series that brings the viewer closer to images of violence and war in the Middle East. In an effort to foster empathy and humanize the onslaught of violent images that inundate Western media during wartime, Bilal has reconstructed journalistic images of the destruction caused by the Iraq War. He writes, “Reconstructing the destructed spaces is a way to exist in them, to share them with an audience, and to provide a layer of distance, as the original photographs are too violent and run the risk of alienating the viewer. It represents an attempt to make sense of the destruction and to preserve the moment of serenity after the dust has settled, to give the ephemeral moment extended life in a mix of beauty and violence.” In the photograph Al-Mutanabbi Street from The Ashes Series, the viewer encounters dilapidated historic and modern buildings on a street covered with layers upon layers of rubble and fragments of torn books. Bilal’s images emanate a slowness that deepens engagement between the viewer and the image, thereby inviting them to share the burden of obliterated societies and reimagine a world built on the values of peace and hope.

The AGW would like to acknowledge the City of Windsor and funding support from the Ontario Arts Council, an agency of the Government of Ontario; the Ontario Trillium Foundation; Canadian Heritage; and the Canada Council for the Arts.

How can I participate? Click here for instructions (opens PDF) 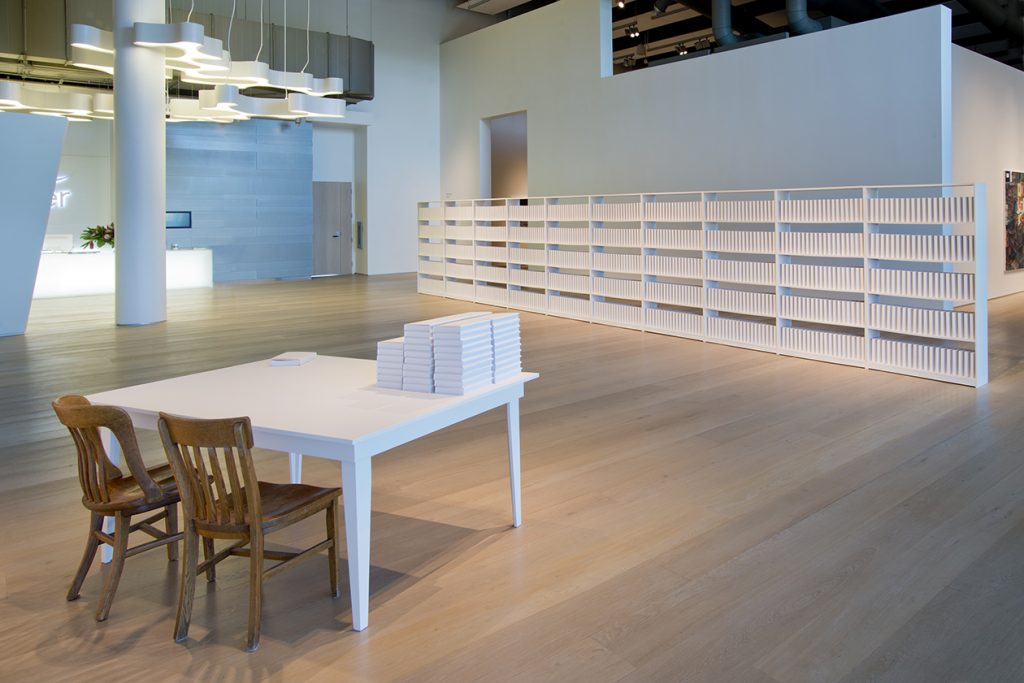 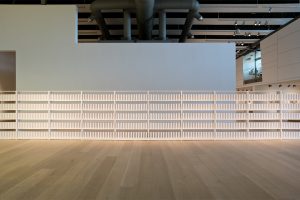 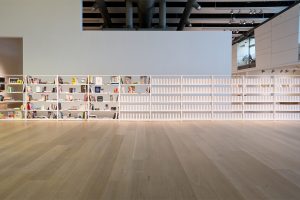 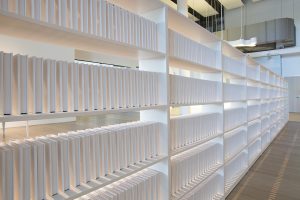 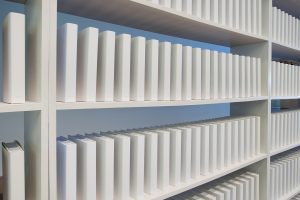 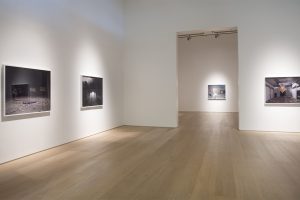 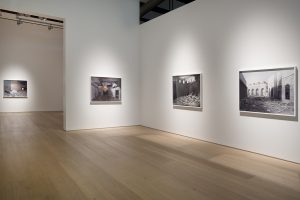 Iraqi-born artist Wafaa Bilal, an Associate Arts Professor at New York University’s Tisch School of the Arts, is known internationally for his media-based performances and artworks that provoke dialogue about international politics and internal dynamics. For his 2007 installation, Domestic Tension, Bilal spent a month in a Chicago gallery with a paintball gun that people could shoot at him over the Internet. The Chicago Tribune called it “one of the sharpest works of political art to be seen in a long time” and named him 2008 Artist of the Year. Bilal’s work is constantly informed by the experience of fleeing his homeland and existing simultaneously in two worlds – his home in the “comfort zone” of the U.S. and his consciousness of the “conflict zone” in Iraq. Using his own body as a medium, Bilal continued to challenge our comfort zone with projects like 3rdi and …and Counting. Bilal’s most recent body of work, Canto III, premiered in a solo booth at the New York Armory Show in 2015 and went on to be shown in the 2015 Venice Biennale.

In 2008 City Lights published Shoot an Iraqi: Art, Life and Resistance Under the Gun, about Bilal’s life and the Domestic Tension project. He holds a BFA from the University of New Mexico, Albuquerque and an MFA from the School of the Art Institute of Chicago. His work can be found in the permanent collections of the Los Angeles County Museum of Art; Museum of Contemporary Photography, Chicago; MATHAF: Arab Museum of Modern Art, Doha; amongst others.

Srimoyee Mitra is a curator and writer. She joined the Art Gallery of Windsor in July 2011 after working with the South Asian Visual Arts Centre, Toronto, as Program Coordinator from 2008 to 2011. Mitra’s curatorial practice is invested in exploring the impact of globalization and migration on our society and contemporary culture. Her curatorial approach draws links between artists and art practices, curators, and writers who work locally and in various national and international contexts to expose audiences to diverse perspectives and to promote global understanding through contemporary art practices. She graduated with an MA in Art History from York University, Toronto, in 2008.