We Will Not Grow Old Together mimics the display and function of signage and evokes an urban typology that is at once familiar and accessible, while also suggesting an alternate ethos or way of thinking of another time and place. While the work doesn’t behave like typical signage – it doesn’t announce the name of the building nor declare the building’s function – it is assertive and aware of its immediate context in the neighbourhood of Inglewood. We Will Not Grow Old Together is a small monument to the inevitability of change – both positive and negative – to an urban centre.

The work is typeset in Wim Crouwel’s New Alphabet. Designed in 1967, New Alphabet was a revolutionary typeface designed specifically for use on computers at a time when the technology was still in its early stages. As a result, the font is very geometric and minimal (designed around the square), with most letterforms verging on the abstract to compensate for the crude resolution of the technology. Over time, technological advancements made New Alphabet obsolete, but the thinking and execution behind the typeface remain radical. We Will Not Grow Old Together is not only an homage to this typeface, but also a look to the past that wasn’t afraid to imagine the future. 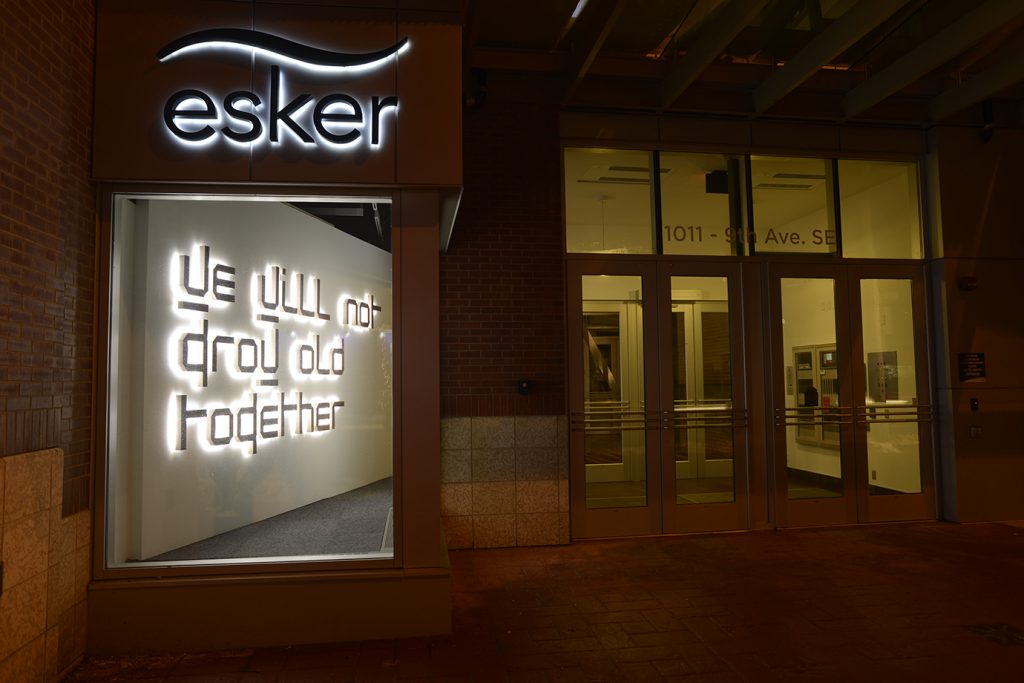 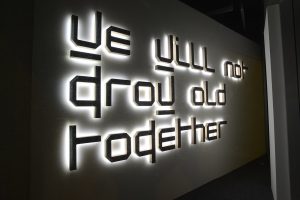 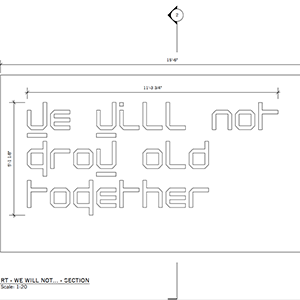 Terada was a recipient of the Victor Martyn Lynch-Staunton Award, Canada Council for the Arts (2006); and the VIVA Award, Jack and Doris Shadbolt Foundation (2004); and was nominated for a Sobey Art Award (2007). Terada is represented by Catriona Jeffries Gallery, Vancouver.