The exhibition is curated by Bruce Hugh Russell and Naomi Potter, with Elizabeth Diggon.

Agnes Martin is one of the most revered abstract artists of the 20th century, celebrated for her serene, reductive paintings that reveal her ongoing meditation on line, stripes, and the grid; for her poetic, spiritual, and sometimes obtuse writing; and for her ascetically solitary approach to artmaking. This exhibition was conceived as an opportunity to bring together all 46 of Martin’s print works, and to bring a renewed emphasis to this comparatively under-examined facet of her practice. Shown alongside the prints are three of Martin’s paintings, two of which have never been shown publicly in Canada, to provide a more complete picture of her corpus of work and to establish a dialogue between the prints and the medium for which Martin is best known.

Born in 1912 in Macklin, Saskatchewan, Martin was raised in western Canada. She moved to the United States as a young adult and lived in several cities before eventually settling in New York. Martin initially gained artistic notoriety in the 1960s for her signature style of six-foot-square canvases featuring a lightly-drawn graphite grid. In 1967, amidst considerable success and acclaim, Martin abruptly withdrew from artistic practice and left New York. She embarked on an 18-month period of travel, after which she embraced a lifestyle of silence and solitude in New Mexico.

Five years after her departure from New York, print publisher Robert Feldman of Parasol Press initiated a conversation with Martin about the possibility of her publishing a suite of etchings. Martin eventually agreed, with the stipulation that she would instead create screen prints, which she felt would lead to a sharper line.1. The resulting work, On a Clear Day (1973), is a series of 30 screen prints based on drawings that serially explore the seemingly infinite permutations of the grid, its axes intersecting in different combinations across each print, revealing the depth and devotion of Martin’s study of the grid, and the culmination of her understanding of its potential.

By the following year, Martin had returned to painting. This second phase of Martin’s career marked a trajectory away from the grid in its strictest definition, as she embraced broad bars of acrylic wash in luminous pastel colours in both vertical and horizontal formats, as visible in Untitled (1974) and Untitled #4 (1998). This trend also emerges in her print work, notably in Praise (1976) and Untitled (1997). However, Martin would periodically return to her characteristic earlier format of graphite grids in paintings such as White Flower I (1985), or in Untitled (1990), a suite of ten lithographs based on previously completed drawings.

Martin’s inspiration for each of her grid works came to her imagination in fully-envisioned form, as suggested by the exhibition’s title, a quote from the artist’s writings. Yet the hand of the artist, the texture of the materials, and the process of application all mediate the grid’s representation. This is a fundamental and delightful aspect of Martin’s work – a tension between the precise geometric and the presence of the hand. On a Clear Day is perhaps the closest exception to this; its screen-printed lines come tantalizingly close to the geometric perfection Martin mused about in her writings. But Martin’s other prints ultimately retain this tension, embodying the same imperfection and variegation of line and geometry visible in her paintings. Her works are notoriously difficult to photograph and reproduce; it is through in-person viewing that Martin’s work best reveals its nuance and sensuality in material, colour, and composition. Martin seemed aware of the inevitability of this friction but was nonetheless persistent in her pursuit, writing, in preparation for a lecture at the Institute of Contemporary Art, Boston in 1973: “We must surrender the idea that this perfection that we see in the mind or before our eyes is obtainable or attainable. It is really far from us. We are no more capable of having it than the infant that tries to eat it. But our happiness lies in our moments of awareness of it.” 2. 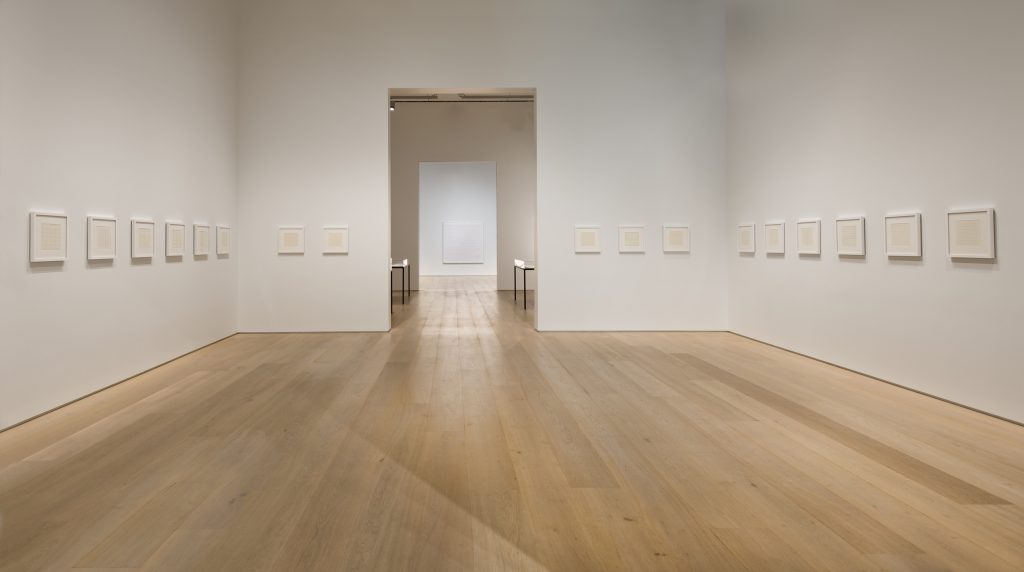 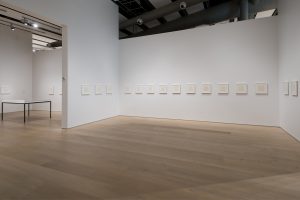 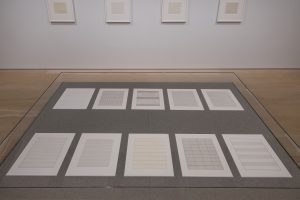 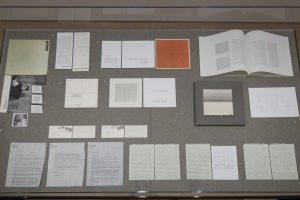 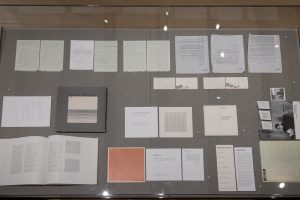 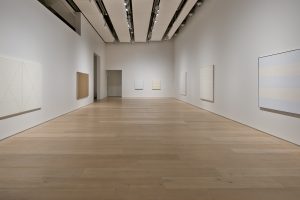 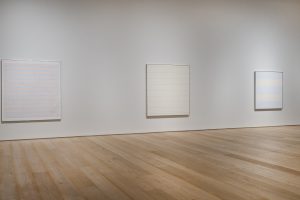 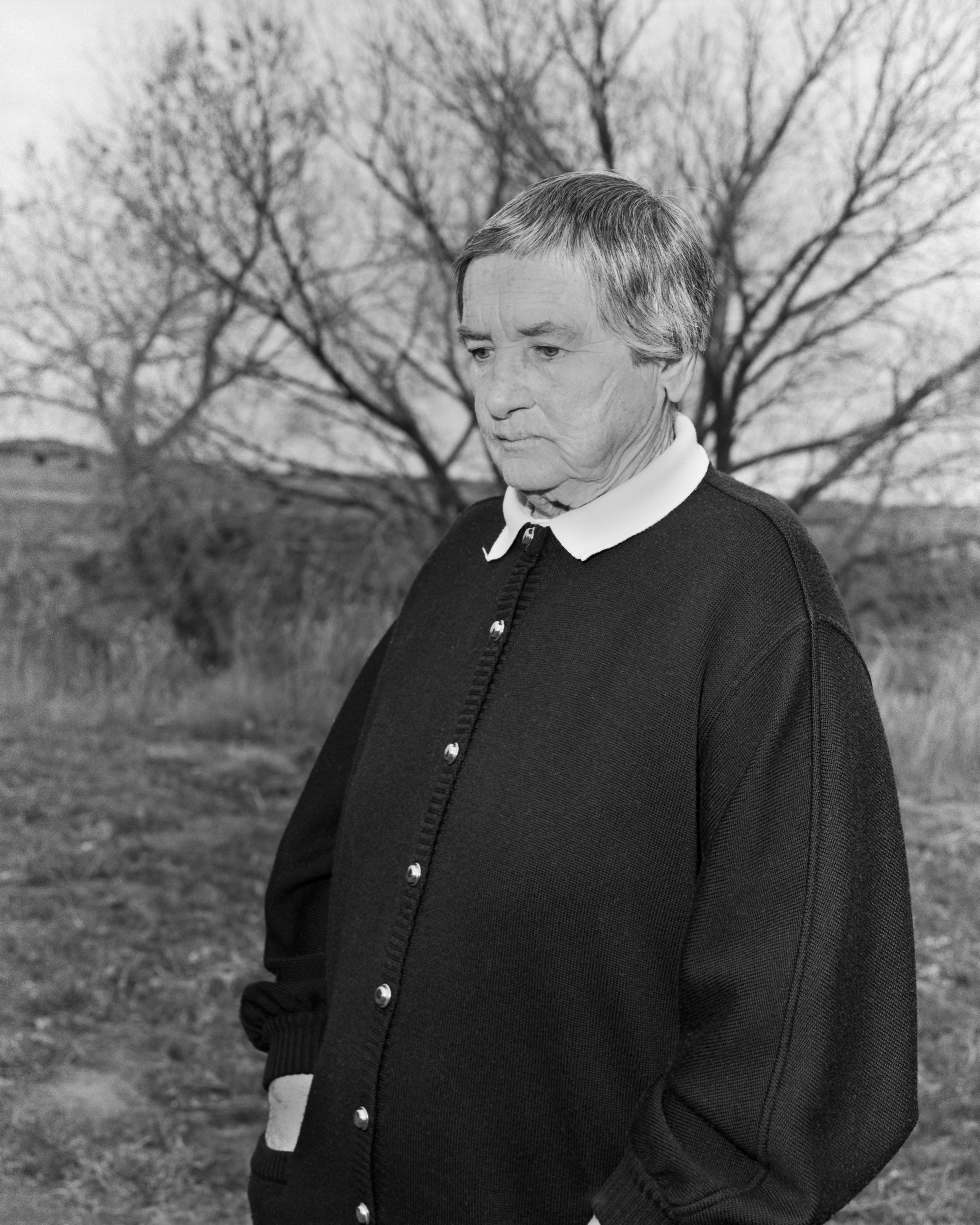 Agnes Martin (b. 1912, Saskatchewan; d. 2004, New Mexico) is among the most celebrated abstract painters of the 20th century. Martin studied Fine Arts and Arts Education at Columbia University, New York, receiving her Bachelor’s degree in 1942, before returning to Columbia to complete a Master of Arts in 1952. Martin initially gained notoriety in New York in the 1960s for her meditative geometric paintings characterized by her ongoing study of line and the grid. In 1967, Martin abandoned artistic practice and left New York, eventually settling in Cuba, New Mexico. In 1973, Martin returned to art making with On a Clear Day, a suite of thirty gridded silkscreens, after which she began painting again in 1974.

Martin’s distinguished career included exhibitions at institutions across the United States, Canada, and Europe. Martin was awarded the Golden Lion for Lifetime Achievement at the Venice Biennale in 1997.

In 1998, she was awarded the College Art Association Distinguished Artist Award for Lifetime Achievement, as well as the National Medal of the Arts. She was given the Royal Canadian Academy of the Arts Award in 2004. Martin painted until a few months before her death in 2004.