The Traveller takes early settler infrastructure as its foundation; in particular, the eccentric machines and technologies that were designed to perform a specific task, and which would often be discarded or recycled into something else once the job was complete. Sculptural installations such as this one are informed by extensive research, material collection, collaboration, and hands-on engagement. Often, the work is first built in the studio, completely dismantled, then reassembled in a way that allows the sculpture to respond to a new setting, be it a gallery or a site-specific location. This performative element, the work to make the work, is integral to Cedric and Jim Bomford’s process, and incidentally replicates (and critiques) the absurdity of building machines to build, or move, or make more machines.

Part of Cedric Bomford’s unique approach is to collaborate, often with his brother, and for this project, with his father, Jim Bomford, who brings his experience as an engineer into the process of building and thinking about art. For Cedric, this way of working becomes a rich place for exchange, as both collaborators must respond to the challenges of making with their own unique professional logic. The welcoming of others into the discussion, plaenning, and execution of each project allows for innovative or eccentric ideas to be realized in solid, reliable forms. Material and labour become not a means to an end, but rather excuses to problem solve, improvise, and be surprised by outcomes. In previous installations, the Bomfords have sought out used and discarded wood from both domestic and industrial sites; however, changes in the building industry mean that salvaged goods are less easy to acquire, as usable material is either destroyed in the tear down process or else the material’s value as “vintage” makes it too expensive. The Traveller is built from an odd selection of rough-cut fir sourced from a mill on Vancouver Island, as well as material reclaimed from other projects and salvage efforts the Bomfords have undertaken over the years. This unsystematic and seemingly casual approach challenges both artist and engineer; the resulting installation is evidence of a rambling path connecting concept to form.

In preparation for The Traveller, a research visit to the rocket test range in Churchill, Manitoba, now the site of the Churchill Northern Studies Centre, was a chance to experience the eerie network of tunnels, buildings, and aging mechanical components that once played a key role in Canada’s participation in the Cold War. While the strategies and politics of this history become more salient and tangible while physically standing in a rocket launch site, what resonated for Cedric was the improbable achievement of building something so complex in such an isolated location. Other influences include: the “nomadic” communities that followed the extraction of coal in the Alberta Rockies, specifically the miners who would uproot and move their houses on skids pulled by horses over frozen ice to the next mining site; and track-laying apparatuses known as “pioneers” – bare-bones machines that would lay train tracks on prepared ground – and “travellers” – massive cranes used in bridge construction to lower steel girders into place. Both machines were used by the CPR in the building of Canada’s national rail line, and were most notably documented in the incredible archival photographs of the Lethbridge Viaduct construction. Commonly known as the High Level Bridge, this “construction wonder of the world” was built in two short years, from 1907–1909, to expedite coal out of southern Alberta.

This resolve to lay claim to land, build infrastructure, and populate new communities in the face of great physical distance, harsh weather, and unimaginable obstacles is unquestionably remarkable. However, celebrating these impressive feats of engineering is complicated, as they are inarguably the products of Canada’s colonial legacy – the expansion and development of a nation gained through the exploitation of people, land, and resources. The irony of the names of the “pioneer” and the “traveller” is not lost on a contemporary audience savvy to revisionist thinking, and this complicated history provides a rich platform to consider the process of production and the expense of development. For the Bomfords, the ingenuity and improvisational nature of early Canadian infrastructure offers a productive space to reflect on, and actively contribute to, conversations about nation building.

Cedric Bomford would like to thank the Canada Council for the Arts and the British Columbia Arts Council for supporting the production of The Traveller. 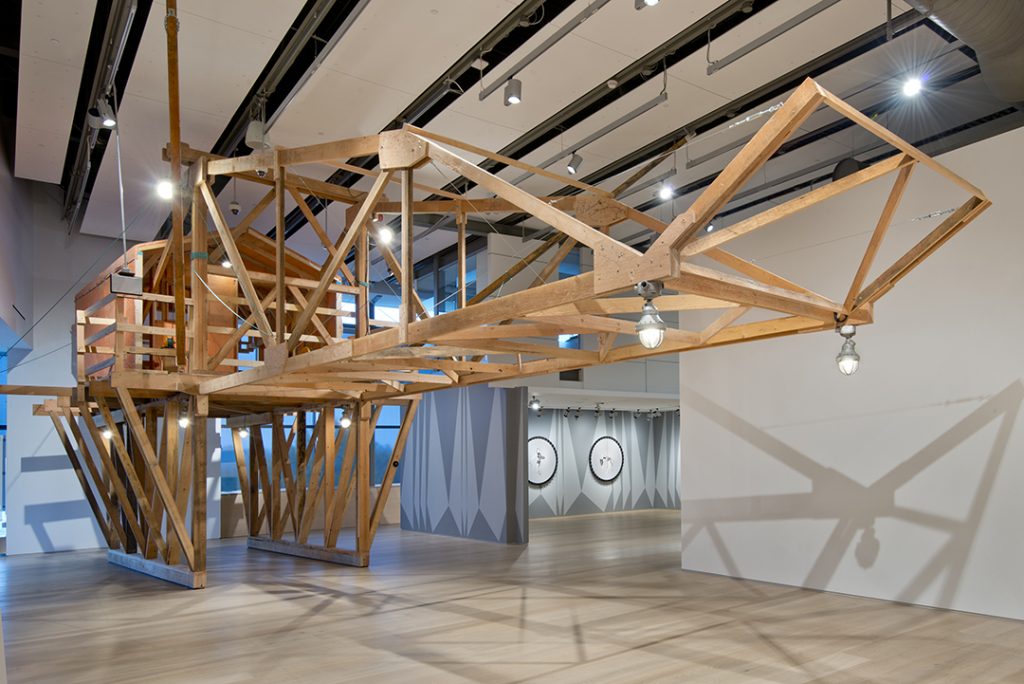 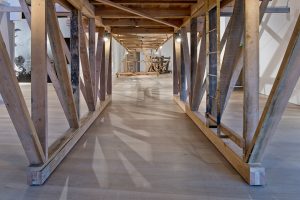 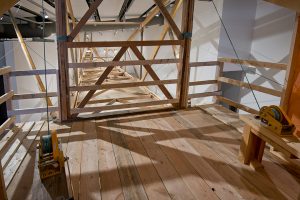 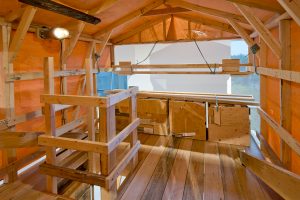 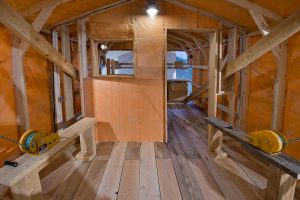 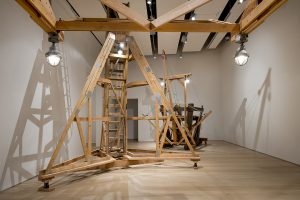 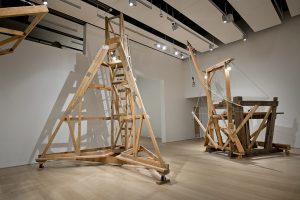 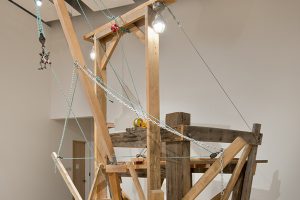 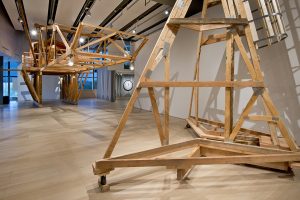 Cedric Bomford is a Victoria-based artist who currently teaches at the University of Victoria’s Department of Visual Arts. He received an MFA from Malmö Art Academy in 2007 and a BFA from the Emily Carr Institute of Art and Design, Vancouver in 2003. His installation and photographic work has been exhibited internationally and he has participated in residencies in Europe, Asia, Australia, and North America. His practice often focuses on the power dynamics established by constructed spaces and takes the form of large-scale architecturally inspired installations. Concurrent to this installation work is a rigorous photographic practice that oscillates between research for and documentation of the installation works. He has exhibited internationally, including solo shows in Canada, Germany, Sweden, and Australia, and group shows in Germany, Sweden, the UK, Iran, Australia, Taiwan, and Canada. Several of the Canadian installation projects have been realized in collaboration with his brother, Nathan Bomford, and his father, Jim Bomford, including the architectural environment that was part of the exhibition How Soon is Now (2009) at the Vancouver Art Gallery; Bamberton: Contested Landscape (2010) at Open Space, Victoria; and most recently the project Deadhead (2014), a large scale installation mounted on a barge and moored in Vancouver’s waterways, produced by Other Sights for Artists’ Projects. Upcoming projects include a public art commission in Seattle and an exhibition with Nathan and Jim Bomford at the Art Gallery of Greater Victoria. Jim Bomford was born in Duncan, BC. He received his Bachelor of Applied Science (Civil Engineering) from the University of British Columbia in 1971 and practiced as a civil, structural, and environmental engineer in British Columbia until his retirement from Professional Engineering in 2010.