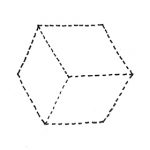 Presented by d.talks this evening discussion responded to the work of artists Cedric and Jim Bomford, Larissa Fassler, and Jasmina Cibic.

Structured as an unconventional book club, PLACEHOLDER is an intimate discussion and an opportunity for Calgarians to identify how our city and citizens affect—and are impacted by—local and global themes borne out of the work of Esker’s current exhibiting artists. Receive a list of selected texts, or bring your own book, poem or object. Let’s form a new narrative in Calgary together!