Larissa Fassler’s work begs us to slow down, look around, and consider more deeply the spaces and structures that organize our cities, our lives, and our identities. Fassler’s current artistic practice is premised on a prolonged process of observing and recording: she visits her chosen sites at varying times throughout the day over a period of weeks or months and remarks upon the unremarkable. She records countless everyday encounters and charts minute architectural details, creating a meticulous record of highly complex sites, looking ultimately for the ways in which space influences behaviour – and for traces of protest or disruption.

CIVIC. CENTRE. brings together drawings, sculptures, and photographs that focus on sites in three different cities: Berlin, Paris, and Calgary. In each city, Fassler has focused her meditations on historically complex and politically contested areas, paying particular attention to the chasms between the idealized expectations for a space and the reality of the experiences that it creates. Through this process, Fassler challenges assumptions about a place and its people and renders visible previously unseen realities.

Palace/Palace (2012) is an exploration of the liminal space between two iconic Berlin buildings: the Palast der Republik, a 70s era cultural building that served as a powerful symbol for the German Democratic Republic (GDR) and was demolished in 2006; and the Berlin Stadtschloss, an ornate, 15th century Prussian palace that is currently being recreated on the former site of the Palast. Fassler’s resulting work is a sculptural rendition of the site’s inbetween-ness. Outlines of the new Stadtschloss are juxtaposed with copper adhesive film referencing the Palast’s windows, which, in turn, are layered with an outline of a Disney-esque castle; their disparate visual vocabularies revealing competing claims for Berlin’s history and visual identity.

Flanking the doorway of the gallery containing Fassler’s Paris works are photographic prints depicting two of the monumental statues of women that greet visitors to Paris’ Gare du Nord, a major transit hub that connects passengers between Paris and its northern suburbs and much of northern Europe. Set out from the wall, the photographs are reminiscent of stage sets – a facade covering a more complex reality. Fassler observed and documented the minutiae of Gard du Nord and the patterns and behaviours of those who use it over a period of months, leading to the two photographs, as well as a series of drawing/map hybrids (Gare du Nord, 2014-15). The maps indicate amalgams of chaos and boredom, surveillance and subversion, and gesture finally towards the difficulties of France’s ongoing negotiations between nationalism, identity politics, and race relations.

In her other Paris work, Les Halles (tricolores) (2011), Fassler has recreated small-scale architectural snippets of Forum les Halles – a much maligned underground shopping complex, park, and transit centre that has become closely associated with drugs and crime and has been undergoing major redevelopment since 2011. Signs of the Forum’s state of disrepair – bodily smears, acts of petty vandalism – are rendered in meticulous detail. The colours of the French flag cover the outer boundary of the work: a veneer of nationalism shrouding the complexities of unrest and dysfunction.

Fassler’s newest body of work, CIVIC. CENTRE. (2016), focuses on her February 2016 survey of a four-block stretch on the eastern edge of Calgary’s downtown core, extending from the south side of the Municipal Building campus on 9th Avenue SE to the YWCA on 5th Avenue SE. The site is a fascinating point of convergence between Calgary’s financial centre, currently battered by low oil prices; its uneasy relationship with poverty, gentrification, and redevelopment, typified by East Village; and its history of colonialism, being only a stone’s throw from Fort Calgary and the confluence of the Bow and Elbow Rivers. A series of long, vertically oriented panels and sculptures – so designed to reflect the downtown core’s preponderance of high-rise buildings – document her experiences and observations of the area. Fassler’s many handwritten notes and visually coded observations offer glimpses of paternalism and didacticism, of crowds, and alternately, desolation, of Calgary’s desire for change and renewal through engineered social spaces, and of precarious labour amid an unstable economy. The whole of her observations are worth more than the sum of their parts: through these repeated instances of looking and experiencing, Fassler peels back layers of assumptions about a place to expose its everyday reality, insisting on the revelatory power of the quotidian and the banal. 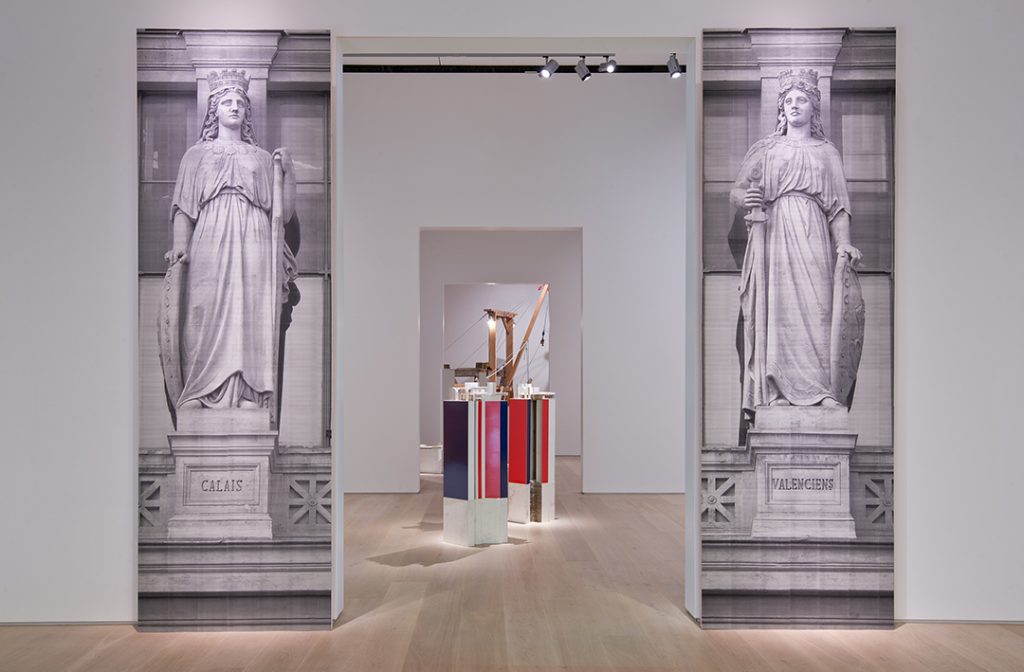 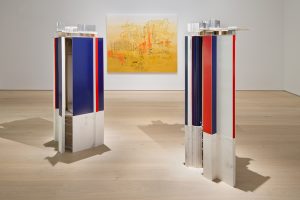 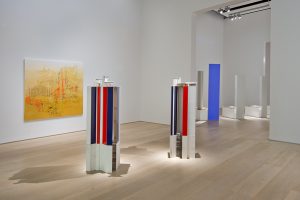 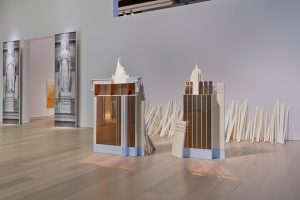 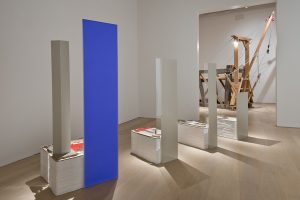 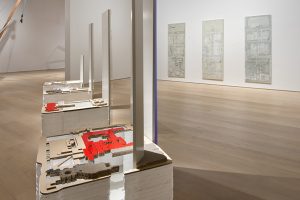 Larissa Fassler has lived and worked in Berlin since 1999. She obtained her BFA from Concordia University, Montreal, and an MFA from Goldsmiths’ College, University of London. Fassler’s work has been exhibited internationally in solo exhibitions at the Centre culturel canadien, Paris (2016), Galerie Jérôme Poggi, Paris (2016 and 2011) and at SEPTEMBER, Berlin (2014, 2012, 2011, 2009). Recent group exhibitions include: the Pavillon de l’Arsenal, Paris and ARTINTERNATIONAL, Istanbul (2015); Neuer Aachener Kunstverein, Aachen and La Criée, Rennes (2014); Kunsthalle zu Kiel; Museum Ostwall, Dortmund; and Centro Cultural Universitario Tlatelolco, Mexico City (2013); Kunstverein Kristiansand, Norway; Kunsthalle Düsseldorf; and the Deutsche Bank Towers, Frankfurt (2011); the Tensta konsthall, Stockholm, and the Staatliches Museum Schwerin (2010). Critical reviews and writing on her work have appeared in Canadian Art, Artforum, Artpress and Deutsche Bank ArtMag. Her work has been included in books such as Imagine Architecture (Gestalten, 2014) and Beyond Architecture (Gestalten, 2009) and Dirt (PennDesign and MIT Press, 2012).