Esker Foundation’s first solo exhibition, Landon Mackenzie: Nervous Centre presents a compelling survey of Mackenzie’s work from 1993 to 2012. It highlights the artist’s abstracted study of cartography to map out human systems of movement, thought, and convergence. The exhibition presents rarely seen drawings, a selection of her “suitcase paintings”, and several of her better-known, large-scale cinematic canvases.

Painting for Mackenzie is an extension of her own nervous system. Interested in the patterns of both memory and chaos, the work connects these unconscious acts and thoughts; not in a way that makes sense of them, but in a way that allows them to take form. As Mackenzie states, “My process itself is abstract – a flash act of momentary decision-making; I trust my instinct. The final outcome one might say is representational, but a representation of phenomena we don’t actually have pictures for in the world.” The results are staggering in their size, colour, and complexity.

The idea of information overload is central to Mackenzie’s work, creating paintings that have no point of rest, no place where your eyes can settle. A reaction to our fast-paced information driven world, making, either as a painting or a drawing, is a way for Mackenzie to process an endless stream of information, history, and stories. Bridges, nets, and ladders sit beside subway lines, river systems, and maps of the brain; moons and stars play with volcanic dust; the cosmos is at once an enormous field of shocking colour and next a tiny particle, expanded, pixilated, exploded.

Fraught with the complexity of representing place and landscape, both constructed and raw, the process of layering becomes a way to rethink history, to uncover what the official histories often loose in their official versions. These histories, whether the history of the land, of Canada, or even of the artist herself, are presented not in any order or hierarchy, but as endless layers and gaps. This strategy allows for multiple readings and endless variations. In the end it is possible that Mackenzie may reflect our shared experiences more accurately than we will ever find in the history books. 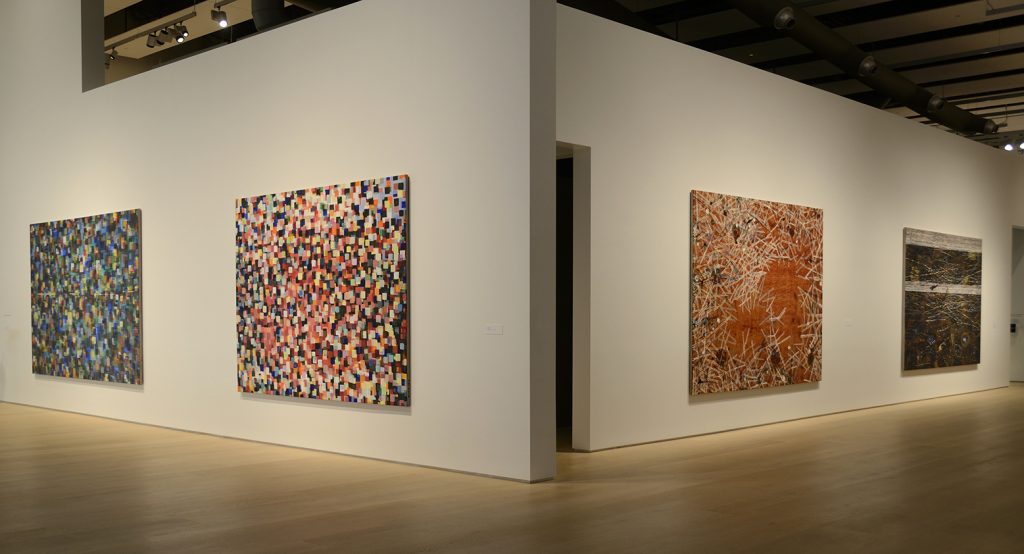 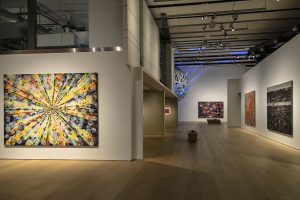 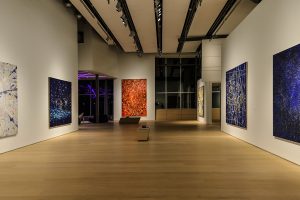 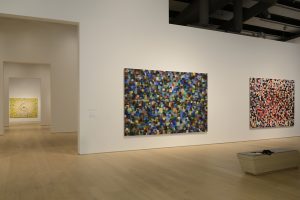 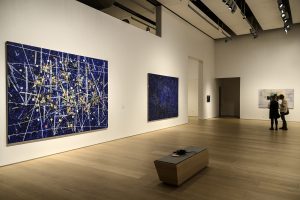 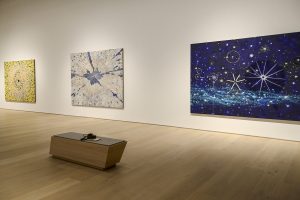 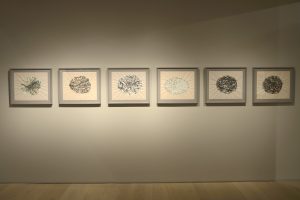 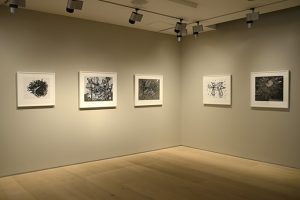 Landon Mackenzie has built an impressive body of work and is known for her large-format abstract paintings. Her work has been exhibited in over ninety exhibitions across Canada and internationally, and is collected by many museums including the National Gallery of Canada and the Vancouver Art Gallery. She began her education at the Nova Scotia College of Art and Design (NSCAD) in Halifax (1972-1975), and received her MFA at Concordia University (1976-1979). Mackenzie has received numerous awards and is an influential artist and educator. Based in Vancouver, she is a Professor at Emily Carr University of Art + Design.