Much of the work produced by Chloë Lum & Yannick Desranleau requires active collaboration, not simply with each other, choreographers, musicians, and dancers, but with the objects they produce; objects that perform collectively as costumes, sets, noisemakers, and sculptures. Theirs is a performance- and material-heavy practice informed by their time in the avant-rock group AIDS Wolf—of which they were founding members—and the DIY, scrappy, screen-printed poster work made under the pseudonym, Séripop.

While Lum & Desranleau have not used a stage to perform on for many years, they continue to be interested in the generative potential of this space. By borrowing from a variety of music and dance styles, as well as narrative tropes from theatre, television, and literature, they acknowledge the performative and storytelling capacity of the stage without using one. Instead, their installations are created as performative arenas, where props, performers, lighting, sound, and audience exist simultaneously to contribute, compose, or consume the work. This circular, self-referential way of working is also emphasised in the way materials from past projects are recycled, reworked, and layered back into new work. Colour is central, used to further delineate and intensify the installations while also adding to the ethos of practicality and an aesthetics of excess that are such a signature of their work.

Finding the genius of shrouding suffering and tragedy with colourful, overly dramatic, and often whimsical absurdity, Lum & Desranleau admit to a love of Golden Age musical theatre and they cite the work of Bob Fosse, who directed Cabaret (1972) and All That Jazz (1979), as well as classic American musical fantasies like Wizard of Oz (1939) and Mary Poppins (1964) as infinitely captivating. The libretto of The Garden of a Former House Turned Museum takes cues from The Great American Songbook, a list of popular and enduring tunes created from the 1920s to the 1950s for Broadway theatre, musical theatre, and Hollywood musical films. While seemingly miles away from their raw and experimental musical and performative roots, the magical technicolour worlds where the alternative and marginal sing and dance in order to survive is a productive space and an escape the artists seek in their own work.

With every project, Lum & Desranleau create countless performance props (often made from a combination of papier-mâché, rubber, and/or fabric) which are firstly used as essential elements to affect the movement of the body within the choreography, then later as sculptures within immersive gallery installations. Stills From Non-Existent Performances start as photographic tests of performers experimenting with the props, as well as movement and costumes. As the title ironically suggests, formal, rehearsed “performances” never happen; rather, it is group improvisation and exploration that guides these works. This open-ended and collaborative relationship with a dedicated group of dancers and choreographers (described by the artists as “interpreters”) is crucial, siting their process as “research done at both ends”. Installed here as a prologue to the larger installation of The Garden of a Former House Turned Museum, these sculptural photographs depict bodies awkwardly trying to fit themselves into and around some of these sculptural objects. The struggling figures are each accompanied by a text-based inner monologue that speaks to the various ways chronic illness confines and works against an active body.

In the video of The Garden of a Former House Turned Museum, four performers wrestle, dance, hold onto, lean on, and play with these props. The forms of these objects challenge definition: in relation to the body they are prosthetics or mobility aids; when worn, internal organs, residual limbs, or strips of flesh; and when struck or activated, musical instruments. In the gallery these silvery objects are installed on curvaceous chunks of bright red carpet. The installation is punctuated by bright yellow Acapulco chairs, a nod to tropical Hollywood glamour, as well as three figurative armatures that support thick yellow and pink rubber veils encrusted with fake tropical vegetation and adorned with long gaudy necklaces of pearly beads, flowers, and seashells.

At the core of Lum & Desranleau’s meta-musical are six original songs composed from a series of letters written by a fictional artist to deceased Ukrainian-born, Brazilian novelist Clarice Lispector. Described as auto-fiction, the letters seek worldly advice and reveal Lum and Lispector’s shared experience of living with chronic pain. Dramatic in tone, exaggerated when sung, these monologues feature several performers who, in an entwined choreography of semantics and movement, solicit guidance from the erudite and sly ghost of Lispector who resides in an imagined afterlife in which her notoriety prevents her from truly dying. Each letter brims with anxious observations and philosophical questions on the sculptural structure of language and translation, botanical growth and decay, urban life, bodies in pain and transformation, and musings of the afterlife.

The artists acknowledge the generous support from the Canada Council for the Arts, the Conseil des arts et des Lettres du Québec, Oboro, and Koyama Provides. 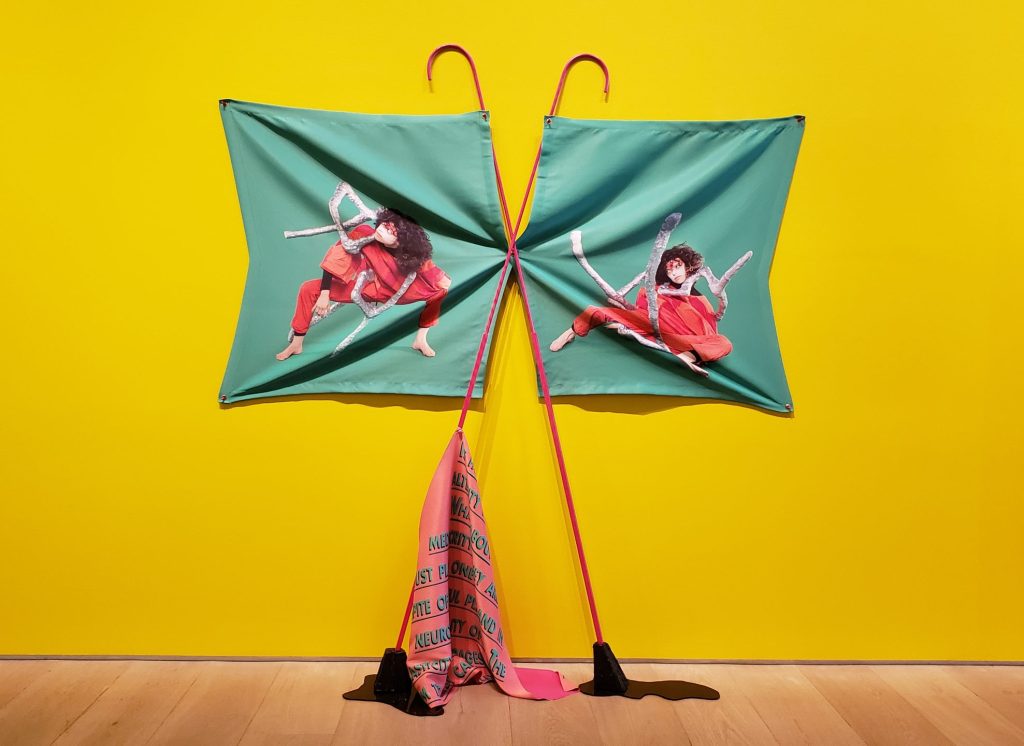 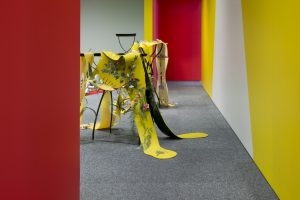 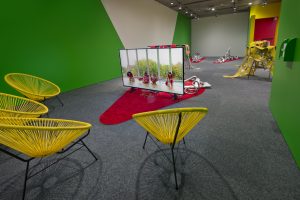 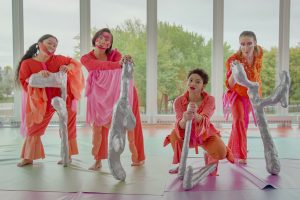 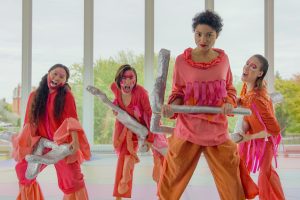 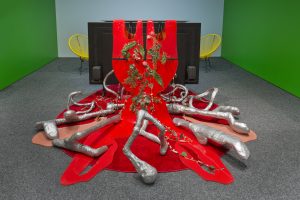 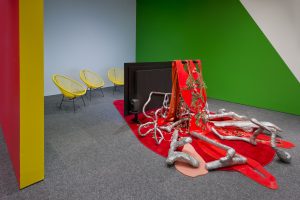 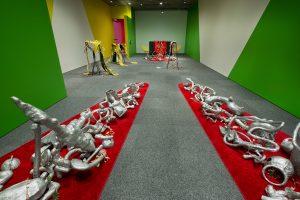 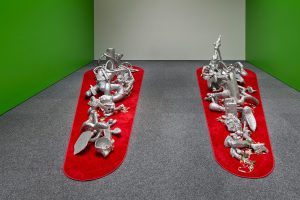 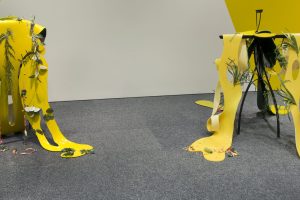 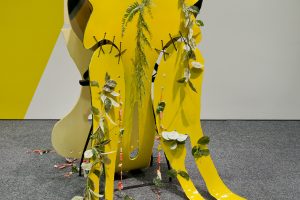 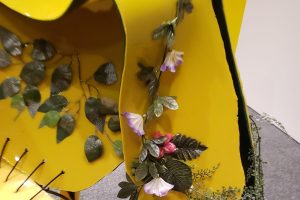 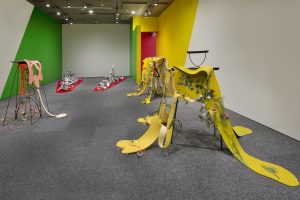 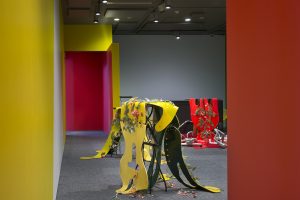 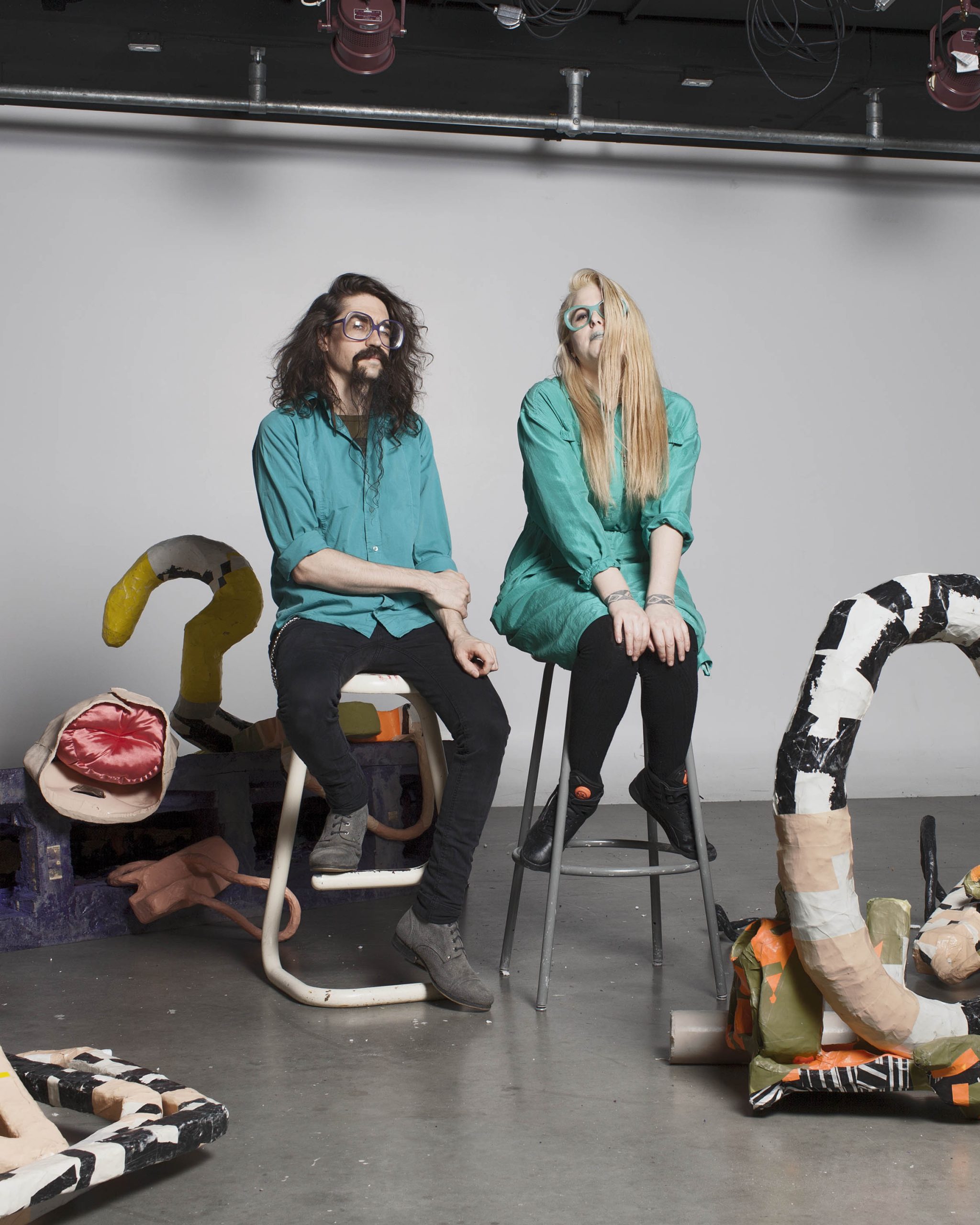 Chloë Lum and Yannick Desranleau are multidisciplinary visual artists working across photography, video, installation, sound, text, performance, and print. In their practice, they engage with the nature of collaboration and relationships between bodies and inanimate objects. Recently, these subjects are examined through chronic illness as alterity.

They are based in Tiohtiá:ke/Montréal and have worked collaboratively since 2000. Their works have been exhibited internationally and are included in the collection of the Victoria and Albert Museum, London; Montreal Museum of Fine Arts; and the Musée d’art contemporain de Montréal.