The seemly interchangeable right and wrong in the phrase, in the wrong place at the wrong time, or the right place at the right time, offers several ways to consider the role location has in fate. Regardless of interpretation, assigning value seems irrelevant; it is more interesting to be in a place for something to cross your path, recognize the significance of this, and alter the course of your movement through this world because of the encounter.

The work of Gailan Ngan makes these kind of fated connections, not in any linear way, but poetically, by crafting associations between herself, the objects she collects, and the material she uses, to larger ecological or industrial narratives. Her works serve as the end point to a sequence of events that Ngan has taken as an opportunity to observe, reflect upon, and realign the course of her practice. These events can be as small as finding a particular shaped stone on a beach, which connects her to the concept of geological time, or as literally universal as the story of a woman who was awoken by a crash, only to discover a meteorite had hurtled through her roof and landed on the pillow next to her head.

This exhibition features hand-built and cast ceramic sculptures that, while simply expressed, broadly explore shape, surface treatment, and colour. In addition, it will present a collection of industry by-products, organic and processed objects, and studio experiments—an extended narrative of material that is influenced by the historically resource-rich West Coast where Ngan lives and is central to her work.

In late October of 2021, Ruth Hamilton of Golden BC woke to an explosion. When she turned on the light, she was surprised to see a double-fist-sized rock on a pillow on her bed, inches away from where her head had just been. Authorities initially speculated it was a rock from a nearby construction site; however, scientists later confirmed it was a meteorite. 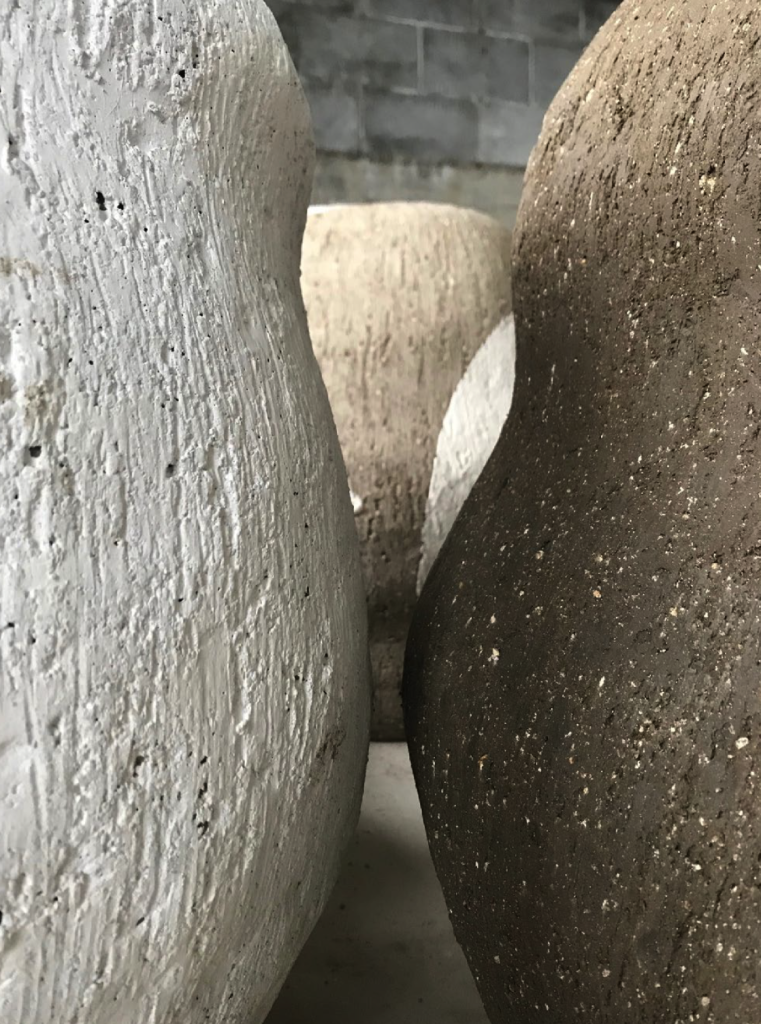 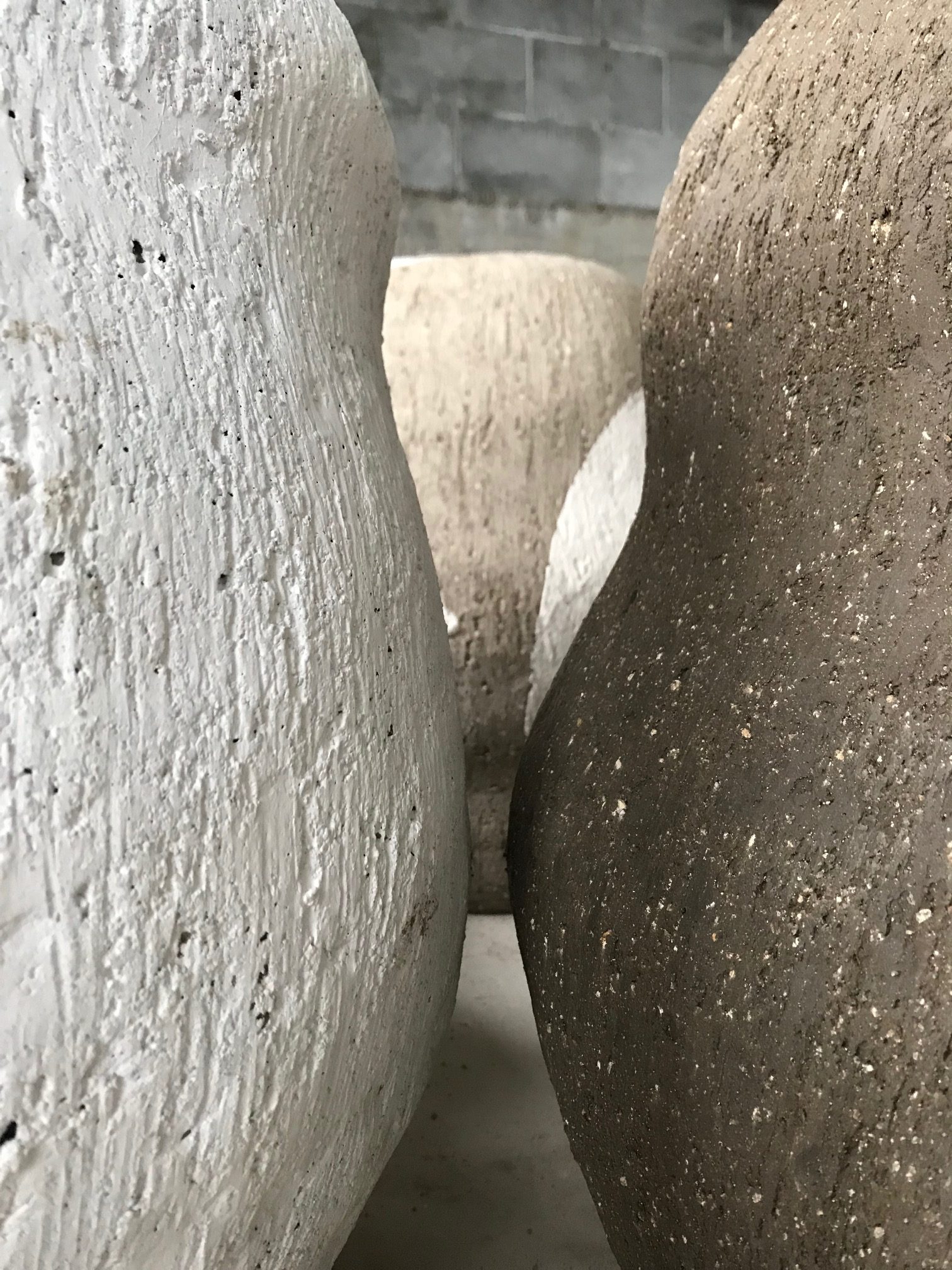 Gailan Ngan works and lives in Vancouver and occasionally works from Hornby Island. Her practice involves pottery, sculpture, and co-managing the art estate of her late father, Wayne Ngan. Ngan collects material from many sources, including both commercial and natural. Her ceramic sculptures accumulate layers of fused surfaces into compositions of texture and colour.